Obverse die 17 appears twice as the dominant feature of a die, but a doubling of the profile on several other dies as minor features make this easy to misidentify.

The die 17 is different because there are no other identifying features on the die like date doubling.  The die also has doubling of not only the front of the face from the hair down to the chin, but also a doubling of the back of the phrygian cap.

It is believed that the profile doubling occurs with two different hubs or master dies with slightly different width or placement of the bust were used to create the working die.

Obverse Die 17 is very interesting because it has a primary characteristic of a doubled profile.  As currently defined, when paired with Reverse Die l, it produces VAM 23.  When paired with Obverse Die a, it produces VAM 28, one of the most common VAMs and one that almost always appears in either PL or DMPL state.  But the die cracks and other characteristics may make this almost impossible so further analysis will be needed.

As of this date we have six examples of VAM 23 and they are all Mint State 63 or lower.  Because they are below PL and DMPL states there is a greater chance of finding die crack examples.  These images are from coin 10003913, an MS 63 example. 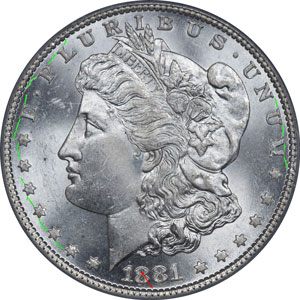 At this stage the die exhibits several perimeter cracks both in front and behind the Liberty bust.  The coin also has the familiar Spike in 8.

The hair curls would indicate that this die has been polished very little and there is little deterioration in the detail. 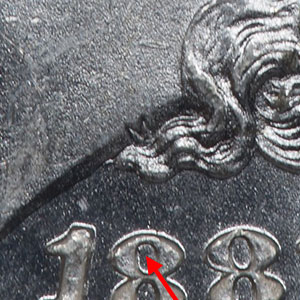 VAM 28 is very different and we have very few examples below PL and DMPL for Die 3, the most common die; but we do have multiple examples for Dies 1 and 2. 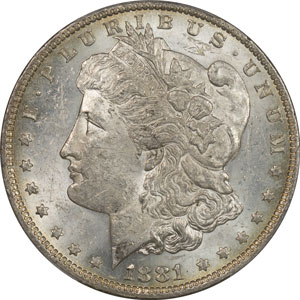 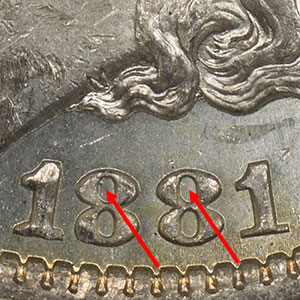 Die 1 is identifiable by the spikes in the upper loop of both 8s. 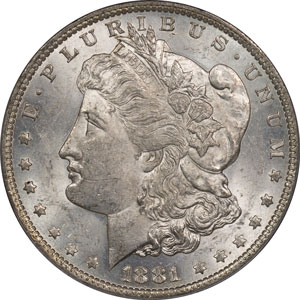 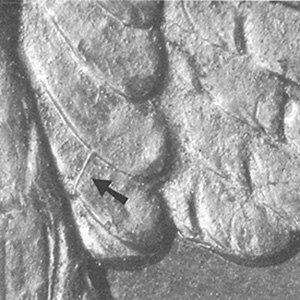 Die 2 is easily identified by the small die gouge on the second bottom feather in the eagle's left wing. 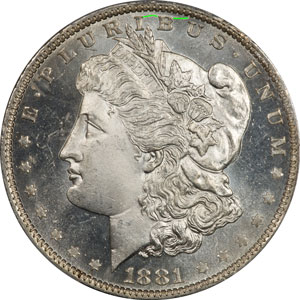 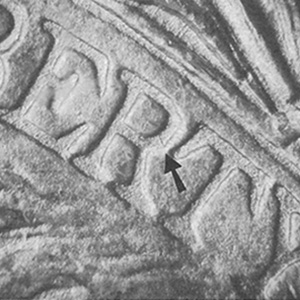 This die is readily identifiable by the diagonal die gouge in the R of LIBERTY.

A significant amount of research is needed to determine if Obverse Die 17 is in fact used for both VAM 23 and VAM 28. 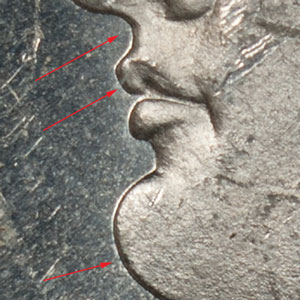