As of this discussion we have seven VAM 52 coins associated with Die 33.  Two of these are below Mint State and do not exhibit any die cracks.  Of the remaining five coins, two exhibit the same die cracks. 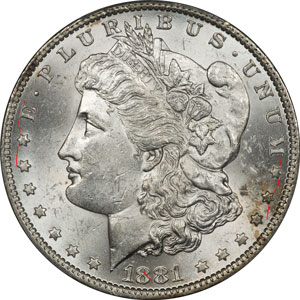 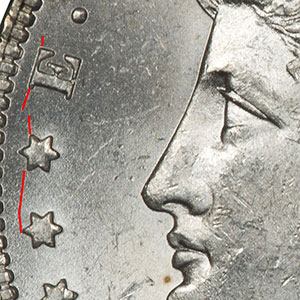 Just in front of Liberty's face there are superficial cracks running from the sixth and seventh stars up through the top of the E. 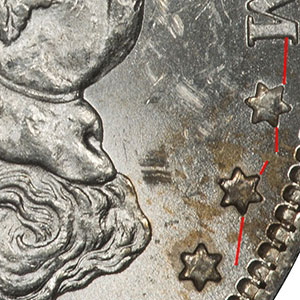 Then similar cracks begin to appear behind the head toward the rim.  These start fourth and fifth star and extend up to the lower side of the M in UNUM.

All of the cracks are just beginning to form and can be considered superficial. 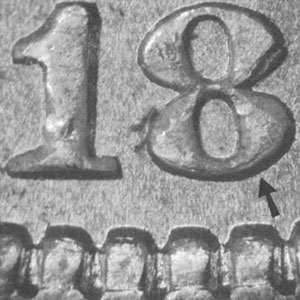 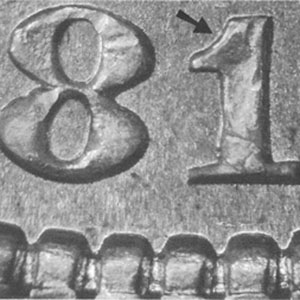 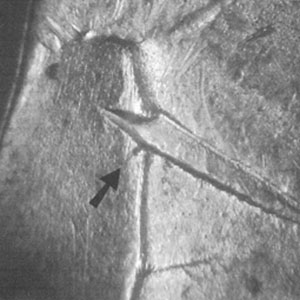