Adding the Date to a Coin

The first thing that has to be done to make a coin is an artist has to create a large image of the coin and get it just right.  Back when Morgan Dollars were first made this was just the biggest thing on each side.  For the front of the coin this was Liberty's head.

After the artist or engraver made the image he or she wanted for a coin, the image was transferred in a smaller size to of piece of metal called a hub.  The hub looked just like the finished coin but without all the details. 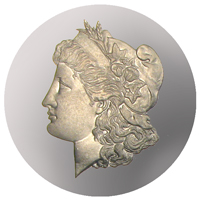 Things like the date, stars, motto and legend had to be added later one at a time.

To actually stamp out a coin the image had to be reversed, so the hub was then mashed into another piece of metal called a die.  Once the die was made the mint employee could then add the date using a punch. 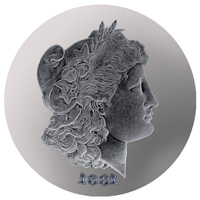 A date punch was nothing more than a metal stick with the number on the end, but in reverse.  The number had to be reversed so that when the coin was stamped out it would be back to normal and could be read. 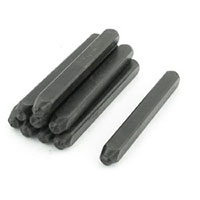 In the 1881-O series there are a lot of coins where there is a "spike" or what looks like a little piece of metal in the first 8.

How did this happen?  When the finished die was used to make coins a little crack showed up in the top of the 8.  The longer the die was used the bigger the crack became until it finally looked like a "spike."  In the picture above this is three different coins.  You can see in the top of the eight a little spike that gets bigger from the die crack.

As with most Morgan Dollars the 1881-O series has a lot of coins with date problems.  Usually these are numbers that were doubled, and in a few cases tripled.

How did the happen?  There are several ways that a Morgan Dollar can get a doubled date.

First, to create a good image from the hub to the die they often had to soften the die and strike it with the hub several times.  If they were not aligned perfectly then a little bit of doubling could happen.

Second, and more common, just before the die was ready to use an employee could decide that he needed to make the date a little deeper in the die.  So he would "touch it up a little" by using the date punch.  If he was off just a little he would create a slightly doubled date. 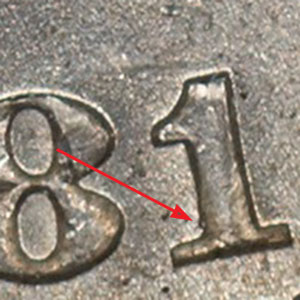 On this example you can see a little notch at the bottom of the 1.  This happened because of touching up the number just before using it to make coins.