Comments:  This coin is a clear MS 62 based on bag wear, but not on appearance.  The overall toning is unattractive on both the obverse and reverse.  The chip in the top loop of the first 8 is present, but not prominent.  There is some minor pitting on the surface.

The reverse is unremarkable and has the same unattractive toning.  There is also some pitting on the reverse.  The mint mark is slightly left of center and tilted slightly left.  There is less over polishing than often seen in the left wreath. 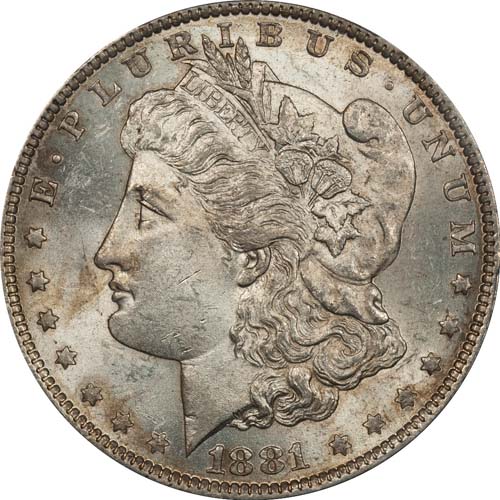 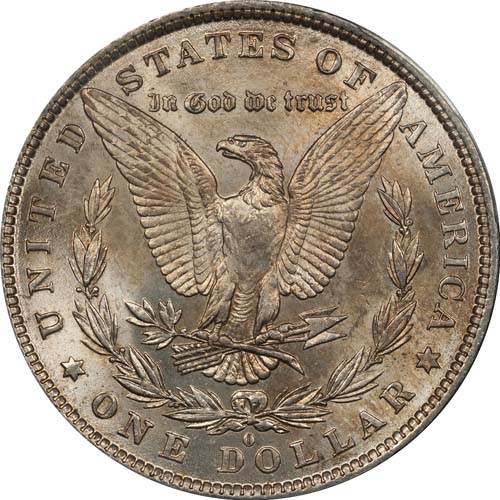