Comments:  This is a coin where the toning really enhances the eye appeal of the coin.  The toning is most visible on the obverse, but has begun to appear on the reverse at the rim.

On the obverse there is a slight doubling of the profile, but neither continuous nor prominent.  There is a spike in the upper loop of the first 8.

On the reverse the mint mark is predominantly centered and upright.  There is a line gouge behind the eagle's neck.  The eagles right wing appears to be doubled along the first four feathers.

This coin is a part of our toned coin section and many more details about this and other coins are contained there.  To learn more about toned coins you can select "Toned Coins" near the top of the menu on the left. 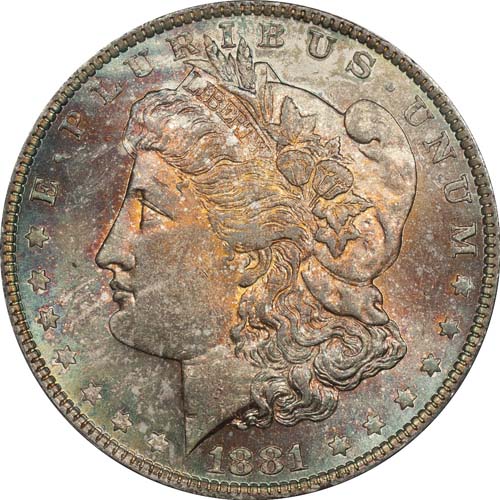 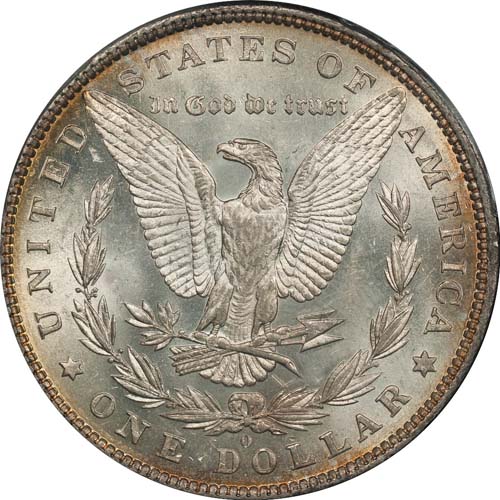