Finally after a month or two of slower activity, the grandchildren are back home and things are starting to return to our normal pace.  We already miss them but they have a very different energy level and working on coins is out of the realm of possibility.

We had 19 coins at PCGS for crossover analysis and grading and apparently they are swamped because this took over two months to get back. Of the 19 coins, 13 crossed and 6 did not.  We need to do some scope work to understand why the 6 did not cross because they were all problem free coins from either NGC or ANACS.  We had taken a good look at them before we sent them to PCGS so it is a bit of a mystery.  But so goes the world of coins. 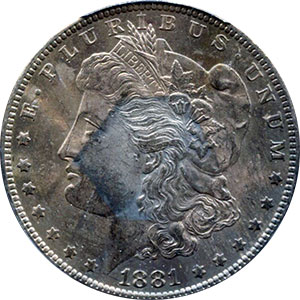 But a pleasant surprise was the grading of a coin we have been fighting for over two years.  This coin proved to be an end roll MS63.  We knew what the coin was and how it became colored, but could not convince anyone else.  Thanks to ANACS and their restoration service we were able to resubmit the coin to PCGS and it graded.  It is now an expensive MS63, but a great example of what an end roll coins really looks like when it interacts with the chemicals in the paper.

Ultimately we sent in 13 coins to VSS for VAMing and photography and the images started coming in on August 6.  We will be adding these to the web site this month and will post a notice on VAMworld when they appear.

We moved way up the food chain on these with the 65+, 65PL, and 65DMPL.  But this completes all the grading level below MS66 with the exception of a few + grades that almost never come up for sale and are difficult to get in a holder.

Important for this study is the consistent images from VSS for comparison.  We also heard from VSS that there may be a few other discovery coins headed to LVA soon, so the 1881-O interest level may be picking up a little.  Thanks to whoever is doing that work and we will look forward to seeing the results.

There were no new potential VAMs in the group we sent to VSS, but we were not expecting any.  Almost all were PL and DMPL and in the 1881-O series these can be concentrated in just a few VAMs.

But in the group was an MS62PL VAM 1D - Flaky Eye coin and these are always great.

In the latest VSS batch there are two nicely toned coins.  One of these we showed a few months back and the VSS photographs made it even better with richer tones.  This is just a nice coin with lots of interest and high grade to boot at MS65+. 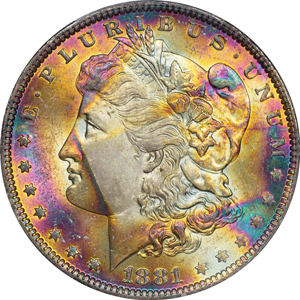 The other coin is more duo-toned and more interesting than beautiful, but a nice MS65 more for the reverse than the obverse. 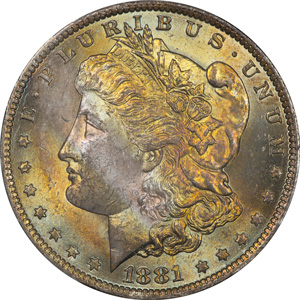 This coin is one of our grading set acquisitions in our quest to have 1% of each grade for study.  We need one more MS65 to get there for that grade.

Because we are just receiving the images from VSS we will be updating the web site in pieces this month.  Hopefully this will not be too disruptive and we will update VAMworld when complete.

Late last year we had a discussion with PCGS about doing an article on the 1881-O study.  They had interest but we wanted to get more grade levels done first.

Finding reasonable 65+, 65PL, and 65DMPL examples took a little longer than anticipated.  But we are now headed back to see if there is still interest.

Like many others this is not the only thing we collect and the one that really bit us was the First Spouse series.  We have a perfect MS and DCAM set and if you skip one when issued trying to catch up will have you eating peanut butter for a while.  So we try to always stay on top of the issues.  Well the good old US Mint decided to issue a lot of them and end the series this year.  So over the last twelve months a lot of funds that would have gone to the upper end 1881-O had to go to this set.

Earlier the PCGS interest was in the large grading comparison we offered, but you cannot get into the site without exposure to VAMing.  The grading set is much larger now so hopefully the interest is still there.

We figure anything you can do to draw attention to VAMing will benefit us all over time.

In our spare time we are working on a new study of the New Orleans Mint that we believe will offer new insights into its workings.  This is a view we have never seen done, so it should be interesting to do and interesting to share. 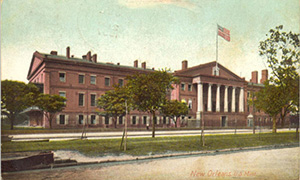 We keep thinking it is just days away, but like many studies they can take on a life of their own.  As we peel back the layers of what we are trying to do it just gets more complex, and therefore more time consuming.

We reached a milestone on August 5 and completed the most difficult task.  So maybe, just maybe, in August we will finish!!!