Our exploration of the 1881 New Orleans Morgan Dollar continues with the addition of ninety-nine coins to the web site.  It took a little while because this group was so large, but they are up and available.

Included in this group were six new VAMs as verified by Leroy Van Allen.  As in the past, VSS has provided outstanding photography and the information is readily available for study.

The six new VAMs identified are numbered fifty-seven through sixty-two.  This brings us to a total of twelve discovery coins as a result of this project and we hope encourages others to develop a razor focus on a single issue to enhance the hobby.

With all the discoveries we decided to start a little counting meter.  Of the 85 VAMs for the 1881-O we now have 63 examples in our collection, or 74%.  Getting them all will be a challenge, but a worthy one. 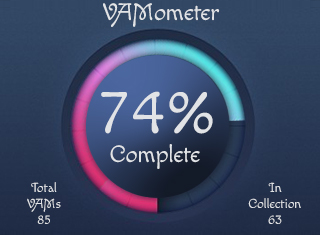 We are going to do a different kind of analysis of the 1881-O market during the month, but for now we wanted to make note of a large sale.  As you may know, PCGS keeps track of auctions on many if not most coins to aid in their pricing guides.

We have only recently started tracking this information, but we have to believe this is a record.  The coin was a part of the Coronet Collection, the number one PCGS Set Registry set.  According to CoinWeek, it was amassed over a fifty year period by a west coast collector.  We have not seen the total realized from the sale, but the pre-sale estimate was $2 million.

The 1881-O in the set was expensive, but relative to the other coins in the sale it was a bargain.  The details of the set can be seen at PCGS and it is spectacular .

But true to form for the New Orleans Mint, not even this spectacular coin was flawless.  There is a noticeable die crack on both the obverse and reverse.

The MS66+ is the finest in the MS classification with only three approved.  There are five MS65PL coins and another sixteen in grade MS65DMPL.  A notch down, but just barely down, is the MS66 where twenty-five have been certified.  So these forty-nine coins make up the top tier of 1881-O coins.

But here is where our thinking begins to diverge from the PCGS guidelines.  Prior to the sale the estimated value of an MS66+ was listed at $35,000.  Counting the buyers premium this coin sold for a whopping 34% premium.  Granted it is a coin from a famous set and the highest grade in the series, but that is a hefty premium in our minds.

Sometimes we get so caught up in the VAM work that we forget that our grading exhibits are very important to many.  With the addition of coins this month we are now exhibiting at least one coin in every grade from Poor 01 through Mint State 65.

The one grade we need to add is Very Fine 20.  These are rare with only two certified, but we do have one and it will be in the next group we send to VSS.

As mentioned above, we have six new discoveries this month to report.  This actually took much longer to amass but finishing up the analysis occurred right at the end of July.  So what are the new VAMs? 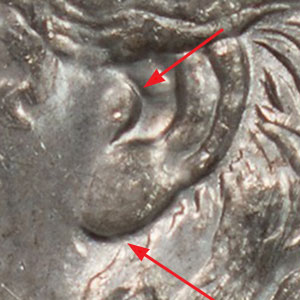 VAM 57 shares a Die l reverse with seven other VAMs who have the O Set Left characteristic.

VAM 58 sounds common with a doubled left 8, but it is how it is doubled that created then new Die 39.  The 8 is doubled on the upper loop both outside and inside.  VAM 58 has the normal Die a reverse and of course shares it with many other coins. 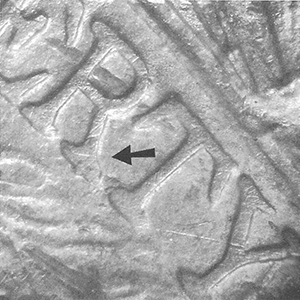 The VAM can also be recognized by the presence of several diagonal polishing lines in the right leg of the R in LIBERTY.  There is also some fine pitting at the back of Liberty's head.

For almost all Morgan series there are doubled reverse features, and the 1881-O is no exception.  With the addition of VAM 59 there are now five documented varieties, and I am sure others where some doubling occurs as a less prominent feature, especially when one considers machine doubling. 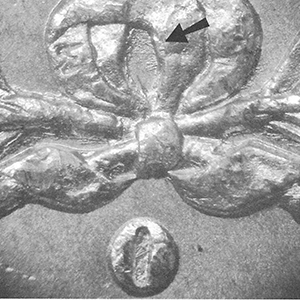 The details of this VAM can be seen on this  VAMworld Link.  A very nice discovery and one we will be on the look out for as we acquire other coins.

To identify VAM 60 you can focus on the reverse of the coin because the obverse is a Die 1 with a spike in the first 8.  The reverse is Die r, which is shared with VAM 48.  On VAM 48 there is almost a faint shadow O inside the O mint mark, and this is repeated in VAM 60. 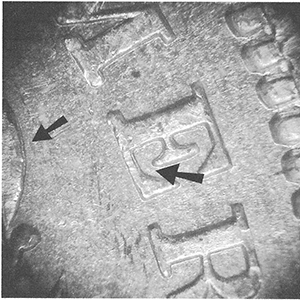 So with that common feature, the distinction between VAM 48 and VAM 60 becomes the doubling of the legend. 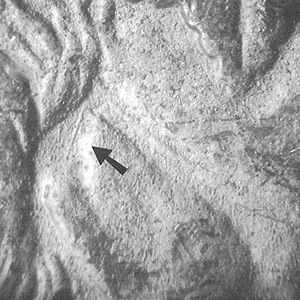 The obverse of VAM 61 is distinguished from VAMs 34 and 34A by a single vertical line at the end of the cap ribbon.

This VAM has a lot going on and a lot going for it.  It is the product of two new dies, Obverse 40 and Reverse s.  On the Obverse Die 40 the whole date is doubled and the earlobe is doubled at the bottom.

The reverse Die s is distinguished by some doubling of the legend and motto, but the unique marker of a diagonal die scratch through the d in God. 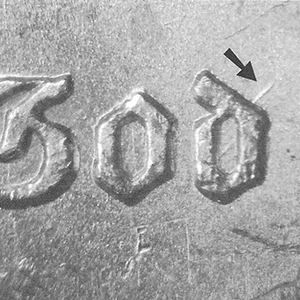