This month we are delving into the life of the fifth Mint Supervisor, William Augustus Elmore.  As with his four predecessors, his story has its twists and turns.

We are continuing the work of identifying die cracks and filling in the blanks for the VAMs we have.

We have now sent two batches of coins to Leroy for analysis.  There are four coins from VSS submissions and an 1881-O $10 gold piece Leroy wants to use for comparison to VAM 1L die damage.  We also sent in coins to march the VAMworld listed issues.  We might just have a chance to clean up all the VAMs for the 18812-O with Leroy's help.

We finally got twenty-six coins off to JB for him to analyze and photograph.  So for the first time in a while we will have new material for the web site.  Maybe a discovery or two in the lot, but we will see.  There are six coins already VAMed by PCGS in the group, including our first mint state VAM 27 - Double Ear.

There are some significant questions that have been lingering about a number of Discovery VAMs in the VAM 50 - 69 range.  I plan to tackle these before long, but I want to finish up the Die Crack Study first.

It is my belief that finishing up this study may bring some clarification to the issues related to sequencing and actual association of dies used.  The die cracks can sometimes help with the identification of dies when the cracks are exact in certain areas of the coins.

The Issues Listed on VAMworld

I am not taking issue with any of the notes listed on VAMworld, just making a catalog of what is there.

VAM 56 - has the same die markers as VAM 58.  This may be the obverse die used on what is identified as VAM 1A.

As JB has pointed out, we have a unique opportunity with the large inventory to get all the coins together at once and work to straighten out any misinterpretations or identifications.  I often think we have Leroy at a disadvantage when he must pass judgment on a coin without having all the others there for comparison.

Examples of all these VAMs (Except 77A) are in Leroy's hands for review.

William Augustus Elmore was an attorney and judge in the New Orleans area for many years before being appointed as Superintendent of the New Orleans Mint by James Buchanan in 1857. 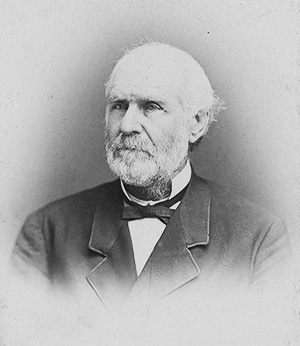 Prior to his service as the Mint Superintendent Elmore served as the Louisiana Attorney General from 1846 to 1850.

Elmore holds the distinction of the Superintendent who served two different governments as he retained his position when the Confederacy took control of the Mint in 1861.

After the war he became a judge in the eighth district of Louisiana with an appointment by Governor Francis T. Nichols.

The Elmore family was from the Laurens District in South Carolina.  His father, John Archer Elmore, was a Revolutionary War soldier and fought with Nathaniel Greene.  He was present at the surrender of Cornwallis at Yorktown.

Like many in the South the family sympathies were with their State and not the Union.  Many of John Archer Elmore's children became Confederate officers or soldiers.  Post war many were involved in politics and held influential posts in different state governments.

Perhaps government service was the family business.  Looking at a few of William Elmore's siblings:

So far no one has been able to solve the cypher I posted last month.  So I have decided to up the ante and add another coin for the correct solution.  Our give away now includes an 1880-CC PCGS G04 AND a 1901 PCGS AG03 to the first person who can break this cipher.  (I only have one of each of these, so I cannot do more than one prize.)  I believe the 1880-CC is a VAM 3A.  I have not tried to identify the 1901, but as you know I stick to the 1881-O, so no guarantees.

Full disclosure, the slab for the 1901 is cracked and the winner may want to have it reholdered at their expense.

ALSO, THE VAMMER WHO SOLD ME THE 1901 IS NOT ELIGIBLE TO WIN THE CIPHER CHALLENGE.  IT WOULD BE A BIT UNFAIR FOR ME TO BUY IT AND THEN GIVE IT BACK. 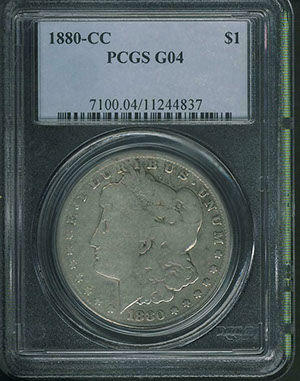 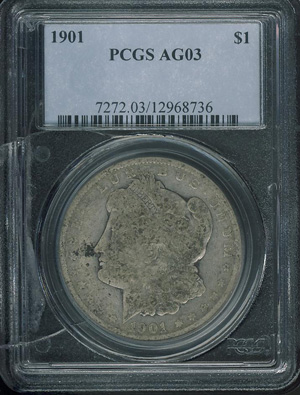 The cipher is a word cipher based on one of the most famous documents in our Nation's history.  There is no punctuation in the solution, just a series of words that might or might not have a little meaning in the world of VAM's.

Your spelling must be EXACT and the word order EXACT to win.  When you have the solution just message it to me at  VAMworld or my external email address.

I have checked this about ten times, so it should be accurate, but if I (or you) discover an error I will post it here.

This month we are looking at VAMs 52, 53, 58, 62, 63, 65, 66, 68 and 72 for die cracks.  Please remember that finding no cracks is just as helpful sometimes as finding cracks because it groups coins by characteristics and helps narrow the search for the correct VAM.

PLEASE SEE THE NOTES ABOVE CONCERNING OUR WORK TO ELIMINATE POSSIBLE CONFLICTS.

To see our overall progress with this study CLICK HERE. 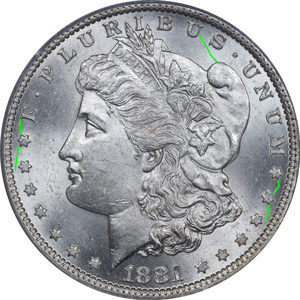 In our examples only two coins exhibit these obverse die cracks, indicating the latter use of the die. 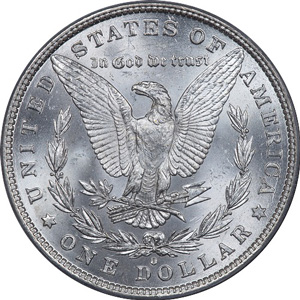 The dies for VAM 52 were used in the creation of several VAMs, so finding the  die examples with the greatest wear may take some more study.

The reverse shows no die cracks or breaks.  See the matrix page here. 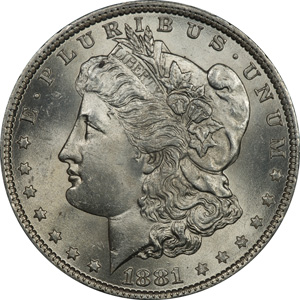 In our examples only a few coins exhibit any obverse die cracks.  On this VAM it is the ear pitting that distinguishes the  obverse die and not die cracks. 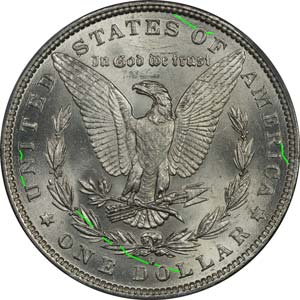 The reverse can show some or all of these cracks, and usually the distinctive diagonal crack running through the wreath and mint mark will set it apart from other VAMs.  See the matrix page here.

VAM 58 is one of our discovery VAM's and we have only the discovery coin for examination. This is coin certificate 18260214, an MS62 example. 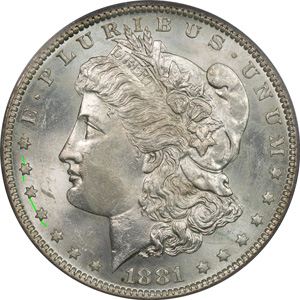 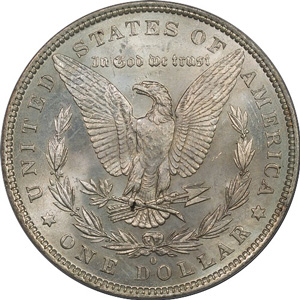 VAM 58 has a unique Obverse Die 39, and the Reverse Die a, shows no unique features. There are some small, superficial, die cracks in front of Liberty's face at the rim.  This is a usual weak point in many dies.  The reverse shows no die cracks or breaks.

VAM 62 is one of our discovery VAM's but unlike VAM 58 we have twelve examples, all in mint state condition.  So we obviously have confirmation of the VAM but a lot of material to work with in the study.  This is coin certificate 26369887, an MS64 example.

VAM 62 shows no signs of die cracks on either the obverse or reverse dies, so they cannot be used as an identifier.  But VAM 62 has a lot of other markers that make it easy to identify. 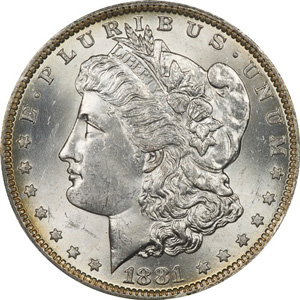 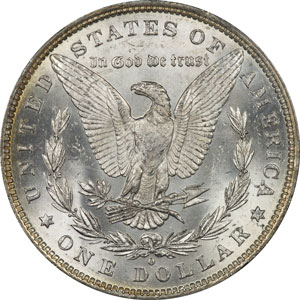 VAM 62 shares Obverse Die 40 with VAM 63, but a different Reverse Die s, which is shared with VAM 67.  See the matrix page here.

VAM 63 is like several of our other discovery coins where only a single example exists.  This VAM was discovered back in 2016 and so far only one exists. 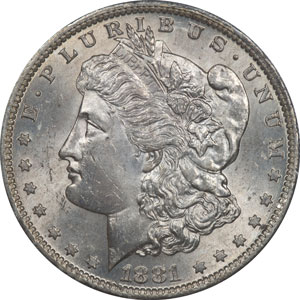 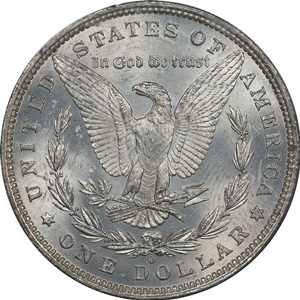 VAM 63 is a pairing of Obverse Die 41 with a Reverse Die d.  See the matrix page here.

VAM 65 is a discovery VAM for us and so far we have identified nine examples for study.

This is coin certificate 14991123, an MS63 example and the one shown on VAMworld.  The obverse shows a distinctive die crack running through Liberty's cap to the wheat stalks. 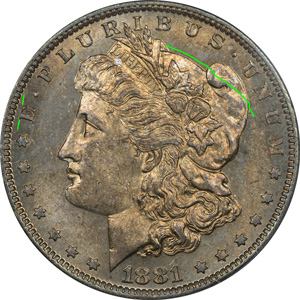 The reverse shows no evidence of die cracks or breaks. 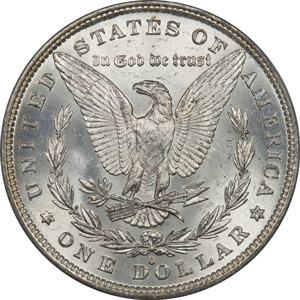 VAM 65 is associated with Obverse Die 43 and with Reverse Die a.  See the matrix page here. 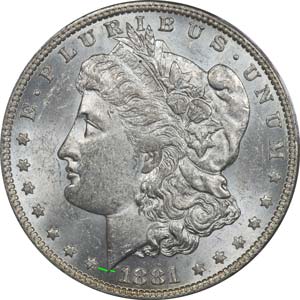 Only the obverse shows any die cracks, and only on this coin at the point of the bust. 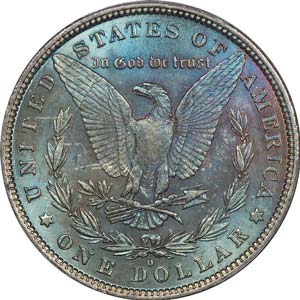 VAM 68 is another discovery VAM and while we don't have a lot of material, with five coins, four mint state, there is enough for analysis.  This group contains one of our favorite toned coins, a Mint State 65+ number 25622437.

Including our discovery coin we have five examples for study.  This is coin certificate 25642926, an MS65 example.  The coins all show signs of die cracks on the obverse at the rim as shown, and on the reverse around the rim and across the left wreath. 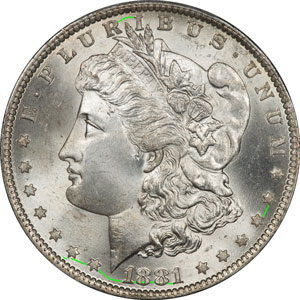 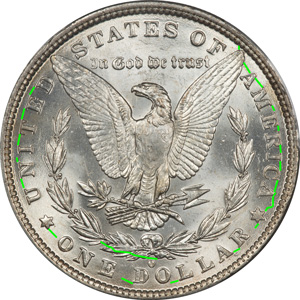 VAM 72 is one where we have a some  material, six coins, but only two in Mint State condition.  Both of these coins show identical die cracks on the reverse die, but none on the obverse.  This is coin certificate 28780148, an MS63 example. 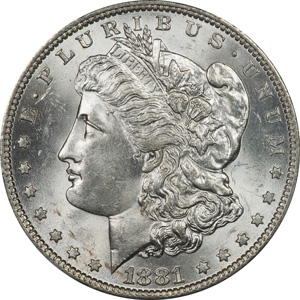 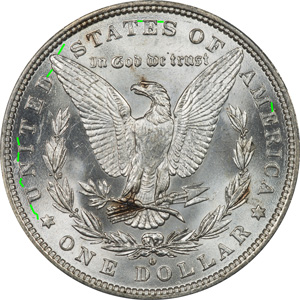 VAM 72 is another of our discovery VAMs, so finding six examples so quickly is important.