As we ended the year and look back a lot happened and we can only hope that there will be an equal level of activity in 2018.

Finally in December we had a chance to catch up on "filing" or putting away all the coins in VAM order.  With 924 coins this can be quite a chore.  But it is done and we also took the time to update our submission list so that there is a reference back to the submissions when there are questions.

This batch of coins was a little unusual because we had a grade distribution that was a little more skewed toward the middle.  But there were more PCGS VAMmed coins than normal also.

VSS submitted a number of items for LVA to consider in the upcoming supplement.  We have enough examples to hopefully combine or eliminate some older VAMs with little to no documentation.  Hopefully these will be accepted .

In 2018 we will cross over 1,000 coins in the inventory and now cover almost 90% of recognized VAMs with documentation and photographs.  As always we are appreciative of the help from VSS for both VAM verification and photography.

Organizationally we reached the point that trying to maintain the single page with an image of every coin in our inventory was impractical.  For some just loading this page was difficult.  So we made a change to that page to show a representation of each grade and a direct link to that grade from the image.  Hopefully this will improve navigation and helps us with site maintenance. 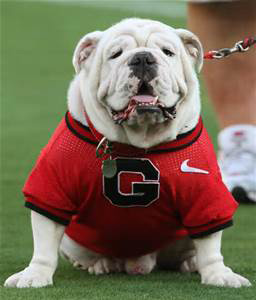 If you watched the National Championship game you saw a thriller, but not a good one for DAWG fans.  Alabama only led once during the game, and only for one second.  But it was the last second and that is what counts.  On to 2018 and hopefully a better outcome!

Our latest group of coins back from VSS has a number of nicely toned coins in the group.  You can click on any of the images for a larger view. 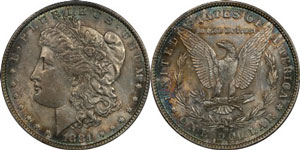 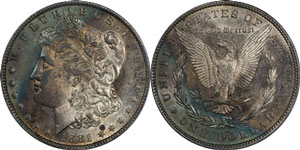 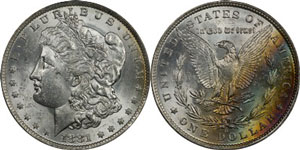 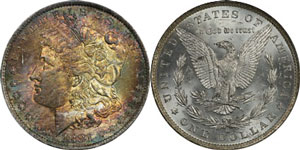 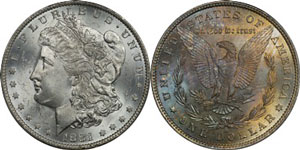 We continue to work on the reverse die fingerprints and we are making some progress.  This month we only tackled Die b because we were reworking other areas of the web site to make them more functional.

The analysis of Die b is listed below.

We burned the midnight oil a little last night and got the pricing update done with current PCGS prices as of December 31, 2017.  We all know the prices for both gold and silver have been really soft, but fortunately for us the price of silver has little to do with the coin prices.

But we have seen that prices for coins from Mint State 64 and up have been retreating on about half the grades.  So some collectors as well as investors are feeling the retreat.  Perhaps a good time to buy, but tough if you are selling. 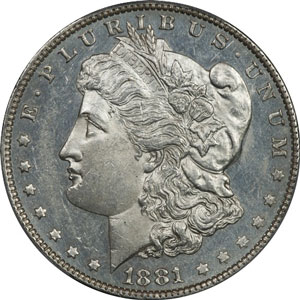 The deterioration of the eye socket is early and the eyelash complete enough that we believe this coin was struck early in the die use. 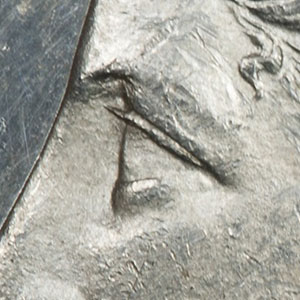 The rather unusual area in front of the neck that we believe looks a bit like feathers also is very light.  This probably indicates that this feature increased as the eye socket deteriorated. 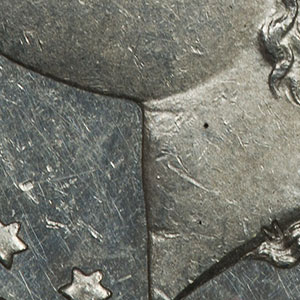 It might even be possible for the material lost around the eye accumulated around the neck on the die.  But we would need a lot more evidence to prove this one.

With the addition of this coin we now have VAM 1D examples in eleven different grades. 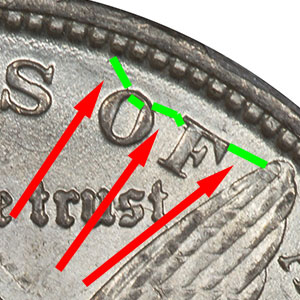 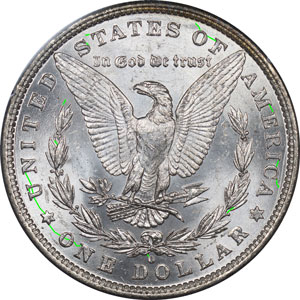 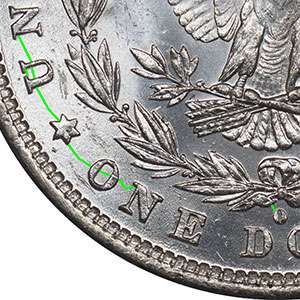 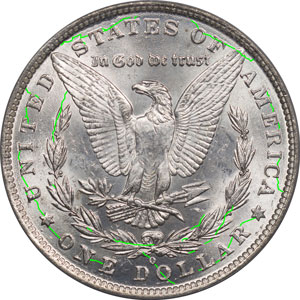 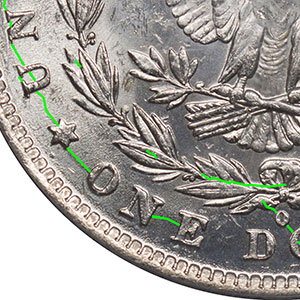 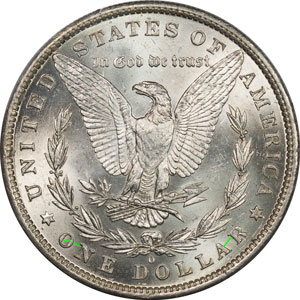 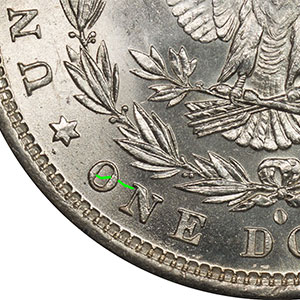 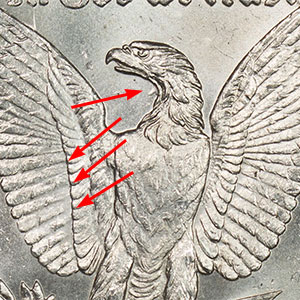 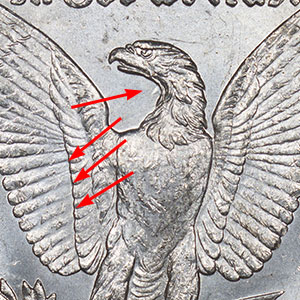 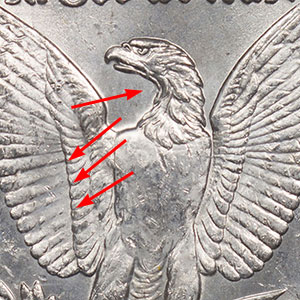