2018 seems to be dragging a bit with some sort of slowdown in the PCGS world.  We have been waiting on the return of a bulk submission for quite a while and until it comes back we have been backing up other coins for grading and analysis.

We sent in another 20 coins for a raw bulk submission and with the other 20 this would move us very close to our 1,000 coin goal.  With 953 certified coins and another forty in the bulk submission route we are very close.

Our anticipated hardware changes went without a hitch and we now have enough processing power and storage to perhaps last another five or so years.

We now have enough power to run all our software plus some new things like a Dino-lite microscope.  So onward and upward. 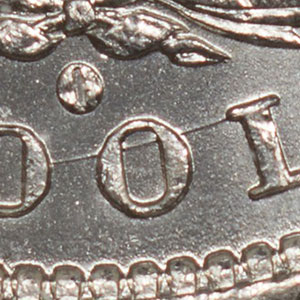 All five have a Reverse Die a designation and have the common characteristic of the upward sloping die gouge through DOL in DOLLAR.  The positioning of the gouge is always consistent, leading one to conclude that this is but one die and the VAM differentiation is solely the obverse pairing.

After a month or so pause we returned to reading about coins and ventured off into the world of US Commemoratives.  While we have a commemorative or two, we actually have never studied them.

One of our interests is the Stone Mountain Commemorative Half Dollar issued in 1925, and this coin is in the first group of classic commemoratives.  The good thing is that not much changes in this group so you can read a book that is 75 years old and learn just about as much as from a book written last year.

More in line with our work here, but still a side trip, is the story of Joseph Lesher and his decision to make his own dollars.  This is a story we had never heard and it does make for interesting reading.

Forgotten Colorado Silver by Robert D. Leonard, Jr. is well written and easy to navigate.  It has a nice mixture of numismatics, history, and personal story.  At only 131 pages it is easy to work through in just a few sessions and we thought worth the time.  It is one more piece of the silver monetization and de-monetization puzzle that emerged at the turn of the nineteenth century.

While the focus on the early part of the book is on the dollars, production, government fights, and other issues around the issue.  The later part of the book is dedicated to the lives of the people Lesher made the coins for and the strange twists and turns their lives took along the way.

Often this can be a difficult question because of repolishing to remove minor die cracks, but in this case we believe you can tell because only VAM 49 seems to show signs of repolishing in the right wing.  If the obverse dies had been the same, then the die cracks and deterioration would have pointed to the sequence for reverse die usage as:

The above links take you to the matrix page showing the obverse and reverse pairings so you can see both.  But clopse examination seems to verify that there is a slight difference than listed on VAMworld for VAMs 1B2 and 18.  But the other three VAMs do have different obverse dies.

Are the obverse dies correct?

This is where things get a little more interesting because on VAMworld we have four different obverse die designations and links to other VAMs outside this set.  These are the designations as of 2/28/2018. 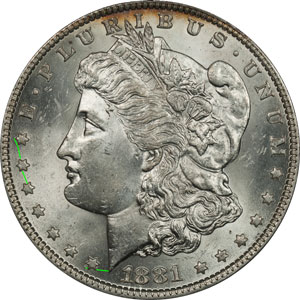 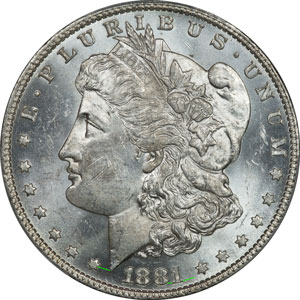 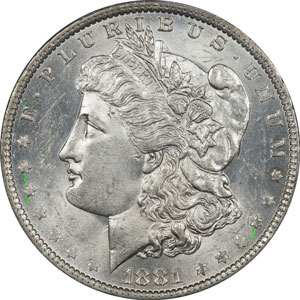 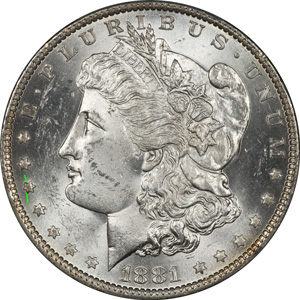 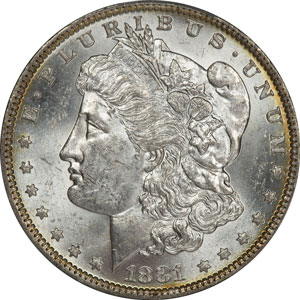 The obverse dies are a different story and needed more work.  So we went through all our coins for these five VAMs which includes 1B1-8 coins, 1B2-11 coins, 18-5 coins, 43-2 coins, and 49-3 coins.  So a total of 31 coins and we believe a good representative sample.  This is what we can conclude from an examination of the coins, some conclusions are easy and some are of course difficult.

The obverse of VAMs 1B1 and 1B2 are easily identified as the same and have common characteristics of date doubling on the first and last 1s, and occasionally the first 8.  The doubling on both 1s is distinctive enough to separate it from the others.  They also have the same markings in the ear and lack the "Spike in 8" feature.

VAM 18 has a similar doubling of the first 1 under the flag, but it is more pronounced and and the notch on the last 1 is missing.  VAM 18 also has a "Spike in 8" feature in the first 8, and this feature is missing from VAMs 1B1 and 1B2 or at most so tiny as to be different.  For this die to be the same as either 1B1 or 1B2 some serious alteration would have to have been done.

VAM 43 may be closely related to VAMs 1B1 and 1B2 with a slight earlobe doubling, and a slightly notched second 1.  But unless the obverse die for VAM 43 was repolished, they do not seem to be related.

And finally on the obverse die of VAM 49 there is a unique diagonal die gouge on the L in LIBERTY's headband that is missing on all the others.  It has the same earlobe doubling and similar date doubling, but only a tiny "Spike in 8."

So here would be our conclusion having looked at all five obverse dies.

Time to rest my eyes!