Well we were just about to report that we had nothing to report when a package from Leroy arrived on July 22.  This was our request for analysis of the whole "O Set Left" series of VAMs and we got clarification on the group and confirmation of two new VAMs.

The notes from Leroy are detailed enough that some additional study is going to be needed to understand the full findings.

This is an issue that we believe only Leroy can give a definitive answer to in resolving whether or not doubled denticles exist on dies in a form not considered to be ejection issues.

We have four coins scheduled to go to Leroy from VSS submissions and we will be adding some examples of VAM's 1H and 40 to the mix to see if they need to be separated or combined.

Now that we have the "O Set Left" group back we will prepare this set of coins for shipment.

VAM 47 had proved to be somewhat elusive and it was one of those VAMs that we might have given up on had it not been for the discovery by John Grimmer.

This month we have added that coin to our inventory with appropriate notes.  Our thanks again to John for the discovery and gift.

This coin, an MS 61, has some unusual die cracks, so it will be a nice addition to that analysis also. 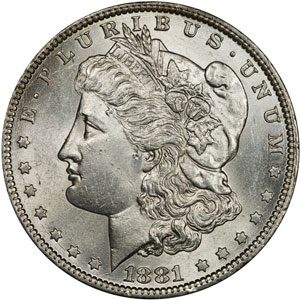 It took a little effort to touch all the bases, but we have added the analysis of VAM 47 to all the appropriate pages within the web site. 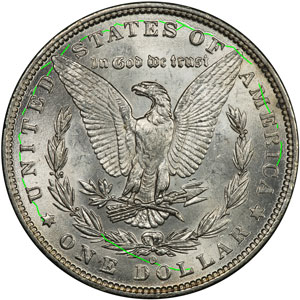 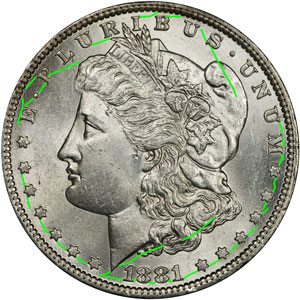 We plan to get back on this issue with the return of the coins from Leroy, but quite frankly a little rest on that topic might help.  There is a lot more to study on the 1881-O and we also need to spend a little "clean up" time with the existing data to be sure it is carried through to all the VAM and Die pages on the web site.

The look at the "O Set Left" issues could change some of our opinions of the Die l usage and we are a little stuck until we get that one put to bed.

Like the other work from Leroy we need to let these sink in a little, but the addition of VAM 77 - Doubled 188, and VAM 77A - Doubled 188, Displaced Field Break ATA.

These are our first two discoveries in quite a while and adding them to the web site and touching all the bases will took a little work. 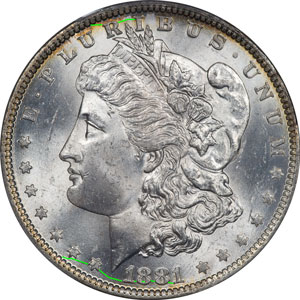 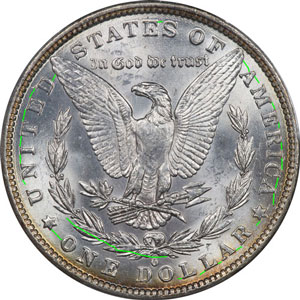 We have them up on VAMworld and will cover all the detailed analysis next month.

The discovery can as a result of reexamining our VAM 35 coins and discovering that this one was a different die pairing.  The coin is an MS64+, PCGS 31451530.