The reverse of this coin may hold the key to its history.  It appears that the coin is acquiring color more quickly at the rims, especially on the reverse.  Coins that tone on the rims first are often kept in albums where the rims come into contact with cardboard.

The small color that is beginning to creep in on the eagle's right wing would correspond to the stars in front of Liberty's neck.  So the color we see above Liberty's head on the obverse was starting to progress along the whole of the left side of the coin.

Along the color spectrum we see the yellows and golds that are dominant; but there is also blue, cyan, and mint green.  Eventually there are small areas of red and magenta, but these are small in relation to the surface.

So we would place this coin in a late first cycle or early second cycle of acquiring toning. 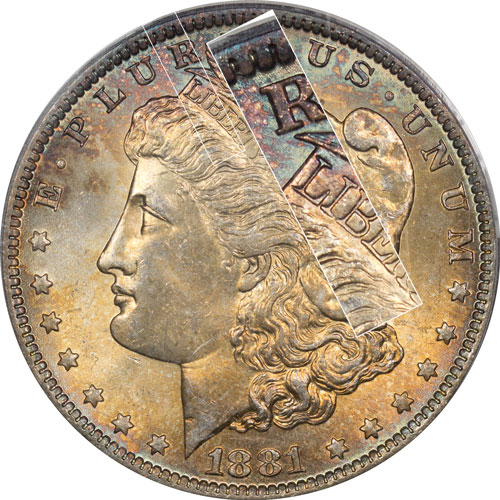 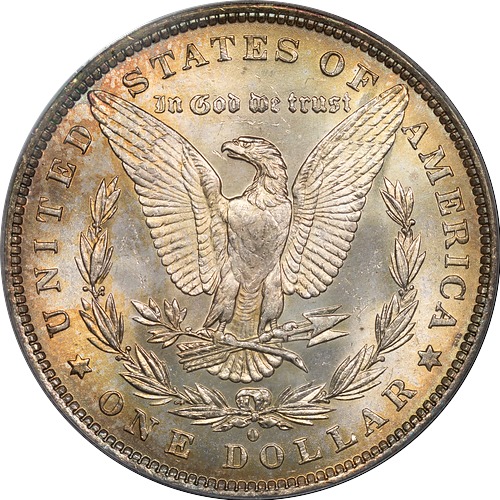