We believe we are coining the term "Die Fingerprints" to describe the uniqueness of die failure and developing cracks or breaks.  The process of repeatedly annealing and tempering hubs and dies to create the final working dies created many opportunities for imperfections in the metal.  Because of this process no two dies ever fail in exactly the same way and this creates unique cracks that are like fingerprints.

Coins were struck before cracks developed, so coins should be available for each die exhibiting a very early die state with no cracks.  Similarly, if a die was used to failure, then other coins will exist with cracks showing a progression from early to late state.

But no records exist to tell us the exact retirement of individual dies.  So discoveries of coins in the progression sequence are always possible, in fact should be possible until coins exhibiting true failure characteristics are located.  Dies often spanned multiple VAMs so this die state can exist on different VAMs.  So this study is done by Die and not VAM, although our details will note which VAMs received which Die state. 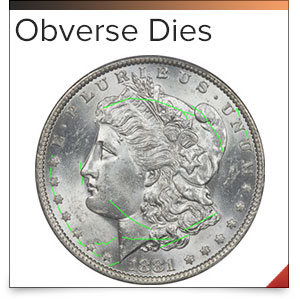 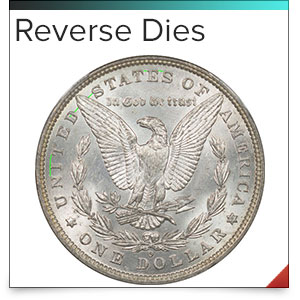 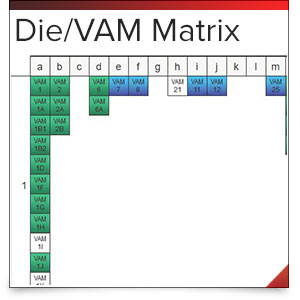