Every collector forms an opinion about the coins in their collection, and if you have a strong opinion about their worth you will sooner or later get into some dispute with your grading service about the worth of a coin.  After all, coin values almost always increase as you go up the scale from Poor 01 to Proof 70.

With Morgan Dollars even greater disparities in value can exist if you combine the grade with designation as either Proof Like or Deep Mirror Proof Like.  The difference in these designations can be almost exponential.

What most often creates disputes is the art side of the grading system.  Graders use features, strike quality, eye appeal, and reflectivity to determine grade.  And whether or not we like it, they also use personal appreciation for an issue, experience, and opinion.

Perhaps in the future equipment will exist that will measure all factors and scientifically determine grade, but for now it is what it is.  When and if such equipment is invented its use would probably produce chaos in the world of collecting since there would be wild swings in the value of collections.  So adaptation of any new grading technology is likely to be slow.

For the 1881-O coin none have been identified by PCGS above grade MS 66, and at that grade there are only a handful of coins.  In the Proof-Like and Deep Mirror Proof-Like categories there are none above grade 65.

Business strike silver dollars were all placed in mint bags of 1,000 coins.  Subsequent handling of bags caused bag marks and abrasions on virtually all coins, which should not be confused with circulation wear.  Full mint luster and lack of any wear are necessary to distinguish MS-60 from AU-58.

PCGS publishes only general grading guidelines that cover all coins and must be interpreted into specifics for Morgan Dollars.

Areas of Focus in Grading 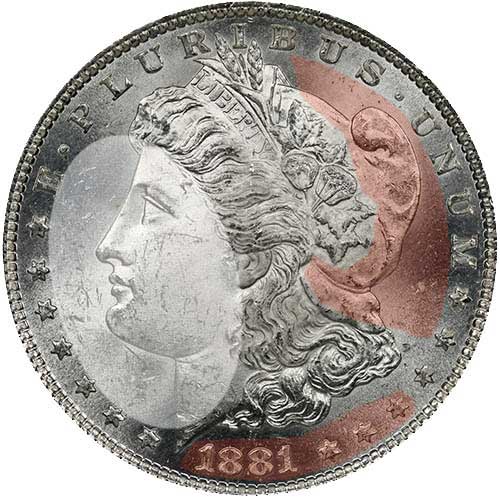 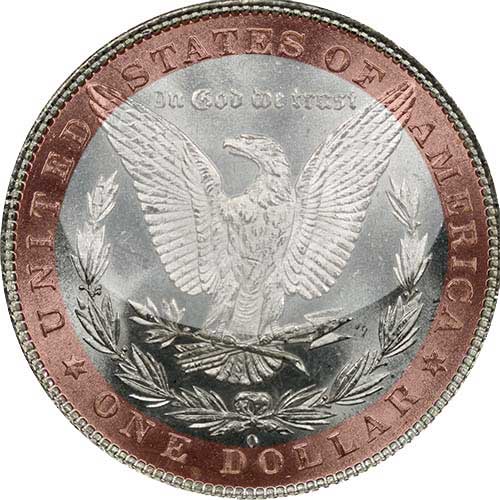 Both PCGS and NGC have categories for disqualification from grading.  The categories are similar, but grouped and defined differently.  Only the PCGS "N" grades are dealt with here.