We believe the toning on this coin happened outside of a Mint bag, but it would be difficult to prove.  The straight line toning that runs roughly from northwest to southeast with no crescent shape just does not look like bag toning.

Also, on the reverse there is what appears to be a fingerprint.  This would indicate that the coin was handled in a not too careful manner on the road to coloration.

Another nice feature of the coin's obverse is the range of colors.  Starting at the lips and moving northeast we see everything from silver, or no toning, to blue green.  Along the way there is lemon yellow, sunset yellow, orange, magenta, and blue-green.

This is the right progression as a coin moves through the silver-sulfide progression.  We especially like the fact that the colors lag behind in the recesses of the hair, motto, and legend.

On the reverse the coin is just beginning to react and has only progressed from silver, to light gold, to amber.  This is also a nice natural progression. 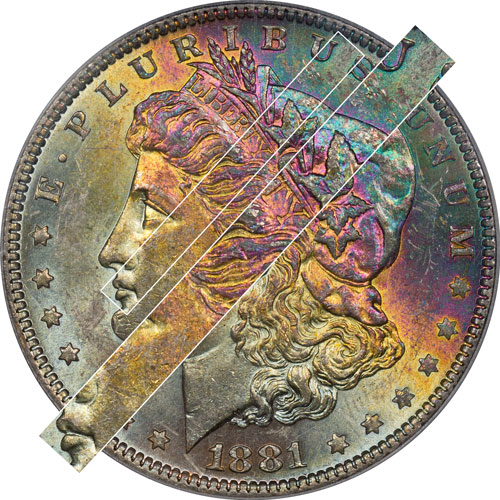 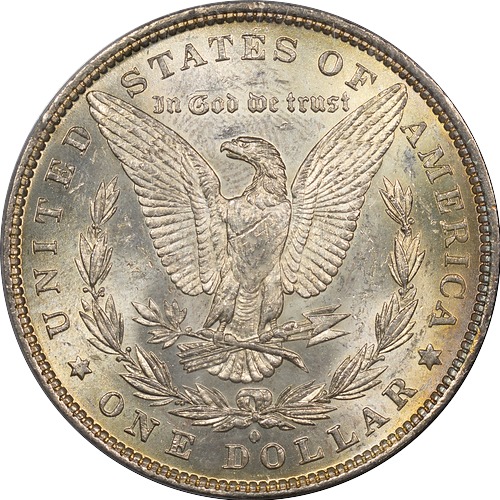