This coin probably went from a Mint bag to someones personal collection and was stored in a coin album of the day where the coin album used cardboard containing sulfur.  This produced a nice corona effect starting at the rim.

We like the similar coloration on the reverse where the coin shows more contact at the rims.

Because of the circular nature of the toning, you can almost pick any area to look at and draw the same conclusions.  This is a late first stage to early second stage coin, with colors ranging from silver to cyan.

On the reverse the coin is in early first stage coloration. 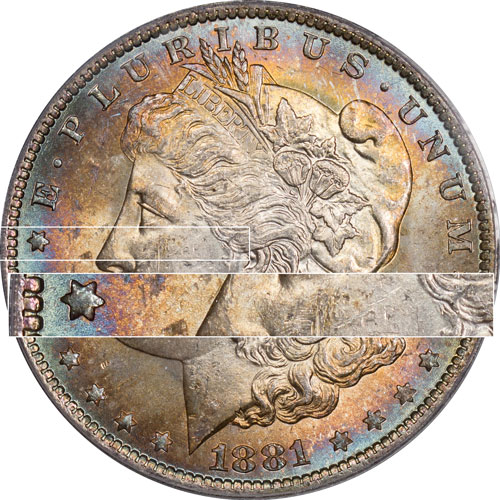 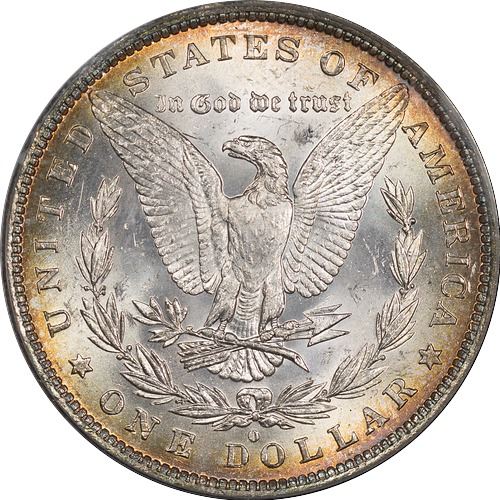