This coin seems to us to have the characteristics of an album toned coin.  The rim color would indicate that the source of sulfur is there.  Either the coin was removed from the album, or there was low sulfur content in the cardboard.  Only in the very top area of the coin did it progress beyond the very early stages of toning.

This coin is definitely a late first cycle, early second cycle toned coin.  Toward the center of the device we still see silver that begins to progress toward a yellowish-brown.  The toning terminates in the cyan-blue range, which is just barely into the second cycle. 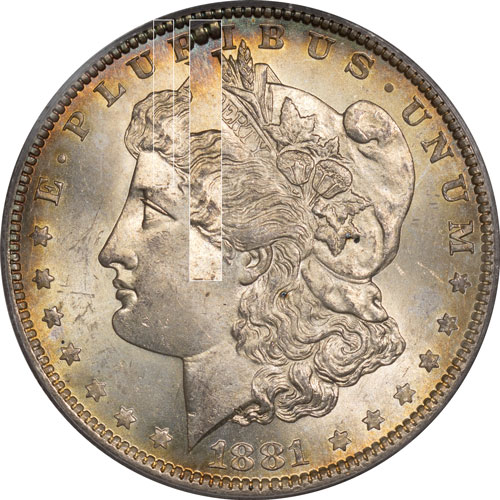 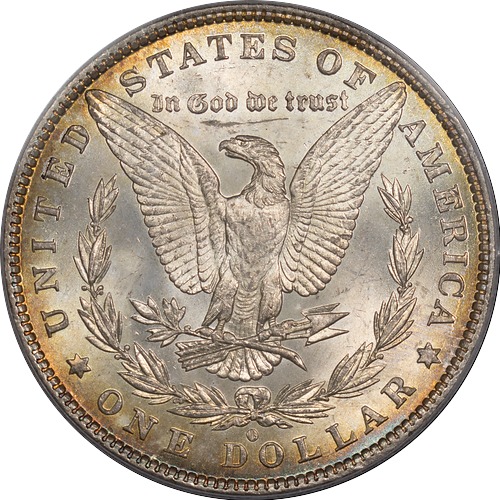