Comments:  Great coin and with the type rim toning we often find very appealing.  To us the obverse toning is more appealing than the reverse.

At first the coin appears to be almost monochromatic, but there is more toning toward the rim than is obvious without a little bit of magnification.  But even at that, the obverse is an early first and second cycle toned coin varying from light gold to sunset yellow.

The reverse is a little further along in its coloration and starts toward the end of the first cycle and progresses only to the beginning to the second cycle.

the real speculation here is just what came in contact with the coin that allowed it to become almost evenly toned across the whole surface. 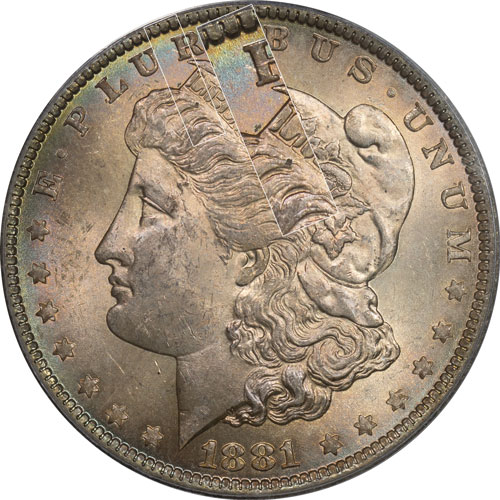 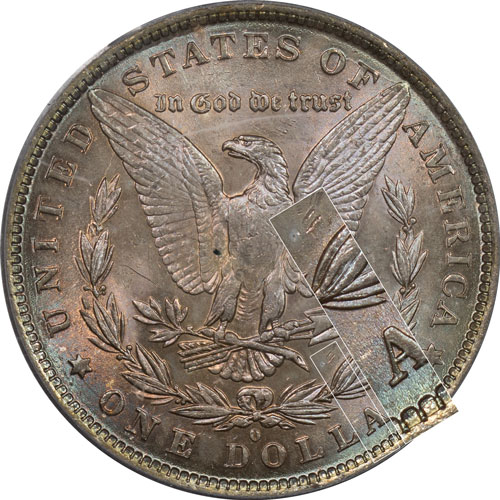