Comments:  The toning on this coin does not cover a large area, but there is something to be learned when studying how coins get toned.

On the obverse between 10 o'clock and 12 o'clock there is a band of color that is very dark on the rim, and then regresses as you move into the coin legend and field.  On the rim it is black and then moves through magenta and purple.  These are all colors near the terminal state of toning.  On the reverse there is a small spot in the denticles opposite the obverse color.  So the exposure on that edge of the coin was consistent.

On the obverse at about 4 o'clock there is some discoloration that we often associate with moisture.  Knowing the coin originated in New Orleans excessive moisture exposure is easy to visualize. 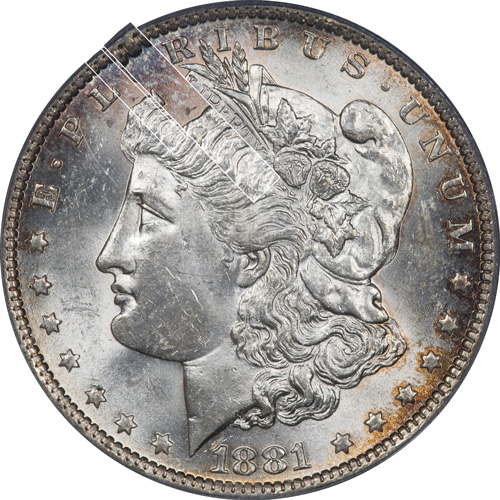 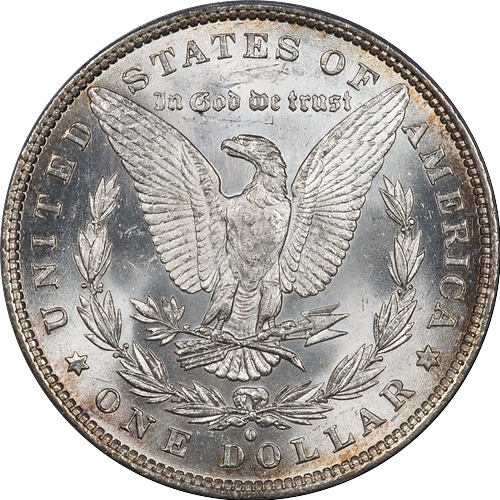