Comments:  Through all the toning there is a coin with few if any bag marks, and thus a Mint State 64 coin.

There is a tendency to think the dark overall surface of the coin indicates a deeply toned coin, but we believe this one is the opposite.  On examination the dominant colors are russet, burgundy, cobalt blue, and cyan.  That places the coin in the first and early second stages of coloration.

But the toning in interesting and speculation as to the source might be the most interesting topic.  We also believe a good bit of the dark coloration is a result of exposure to moisture, thus muting much of the luminosity of the other colors. 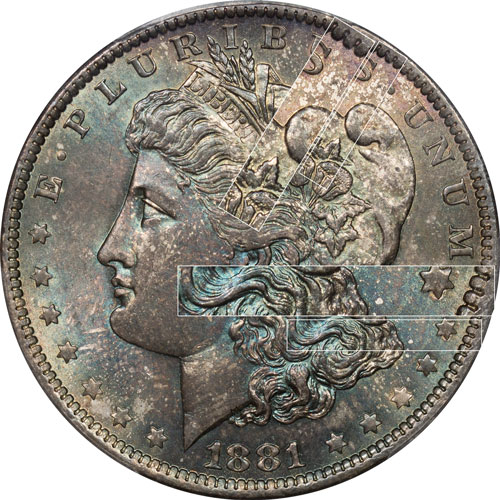 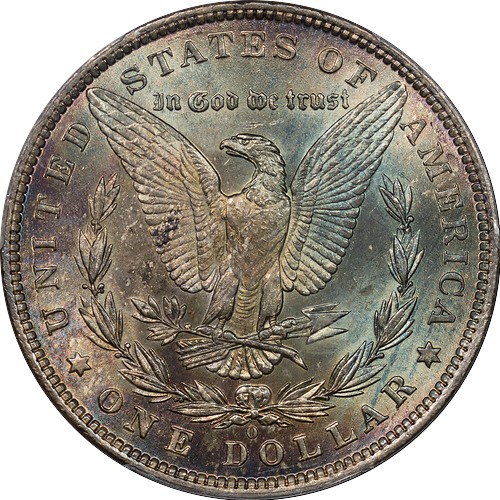