Comments:  This coin is a borderline Mint State 64, and probably would have made it if not for the prominent bag mark on the upper cheek area.  We decided to include it in the toned coin group because of its overall pleasing appearance more so than any uniqueness of color.

This coin was obviously stored in a manner where the reverse was completely shielded from any chemical reaction.  Whatever the source it was evenly distributed across the obverse which created an appealing almost golden tone.

The whole obverse of the coin is in the early first stage of exposure where colors are limited to medium gold, amber, and russet.  All of these can be seen in the exploded area of the cheek to the rim.  This is obviously not as dramatic as a rainbow toned coin, but as a educational tool this is what a early first stage coin looks like. 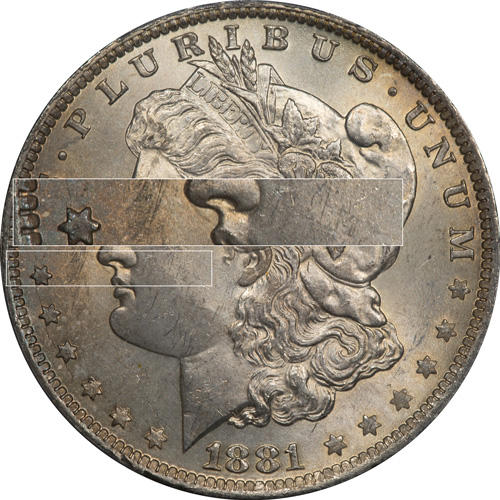 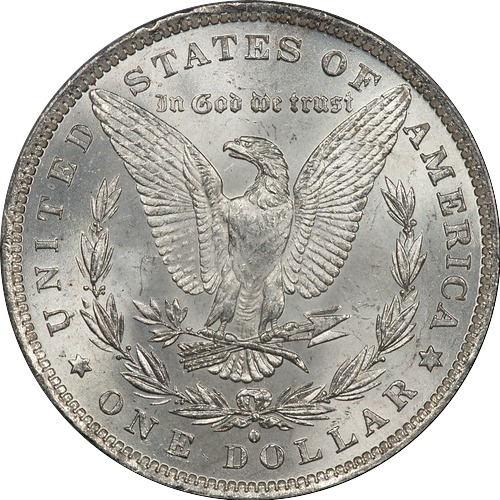