Like other circulated Morgans the life they led is difficult to discern.  This coin definitely shows water or moisture damage, and could have happened in or out of the Mint.  Also on this coin the coloration is not uniform, meaning it could have happened before the coin went into circulation, or while in circulation, and it partially wore off over time.

Except for the deep blue colors this is not an attractive coin.

At first we thought this was a fifth stage or terminal coin.  But on closer examination we believe the blue is a cobalt blue that progresses up to red and magenta.

This color progression would instead make this a third stage coin. 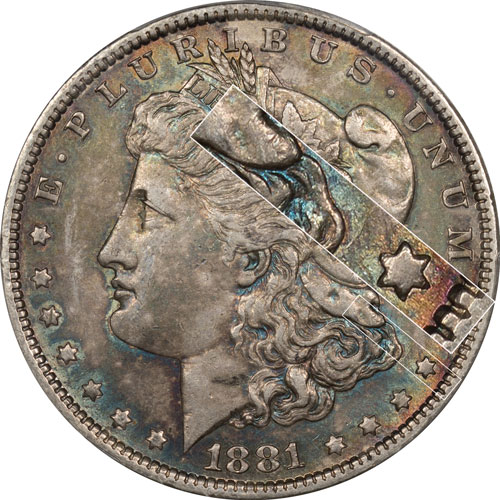 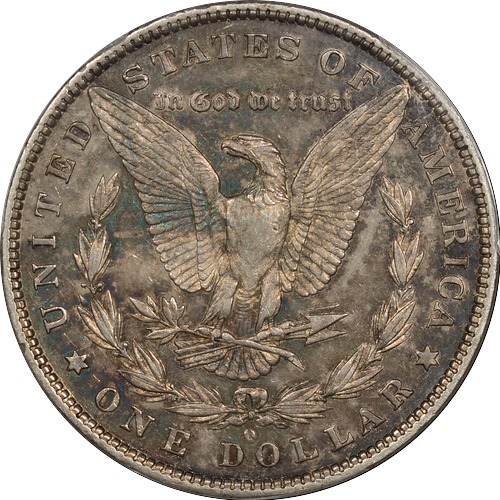