Comments:  When we first saw this coin we liked it just because of the unusual nature of the toning.  The very dark color gives the rest of the coin a cameo appearance.  When you drop a lot of the color out you can see that the coin underneath is solid for the grade and there are no hiding issues under the color.

Die 2 of VAM 24 has not been easily acquired in higher grades since identified in 2016.  When acquired this was only our fourth example and the highest grade.

Whatever the source of the toning it was definitely heavier on the reverse, and it was in contact for a long time.  This coin is in the late stages of toning. 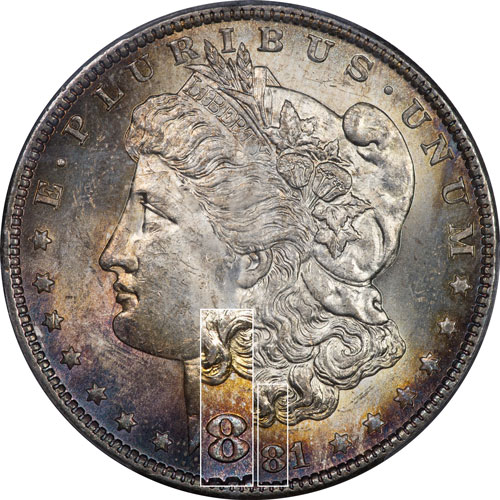 When we see color this dark and with a portion of it looking black or almost black then we are seeing a coin that is almost in a terminal state of toning, or tarnished.  The only redeeming thing is that it makes Liberty's bust really stand out almost in a cameo style. 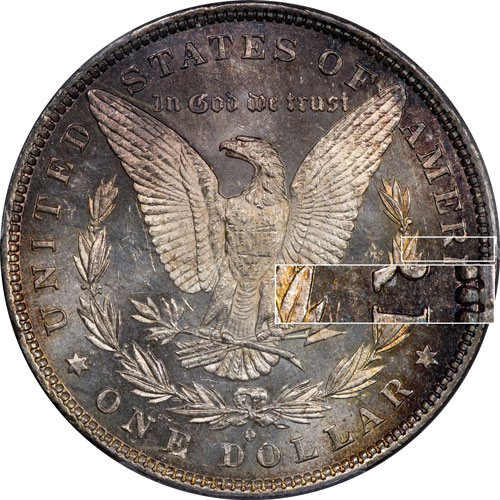