Comments:  There is a lot to like about this coin from the striking color to the relatively clean surfaces.  The reverse of the coin hints at a much nicer coin than the Mint State 63 grade.

There are few bag marks on either side and the coin appears to us to be a full strike.

Although the color spectrum in this coin could peg it as bag toned, the pattern of toning would seem to indicate the opposite.  The lines of demarcation between toned and untoned areas seem to be straight, and that would indicate some other storage location.

The only feature pointing to bag toning is on the reverse where the discoloration is more crescent and could have come from being overlaid by another coin. 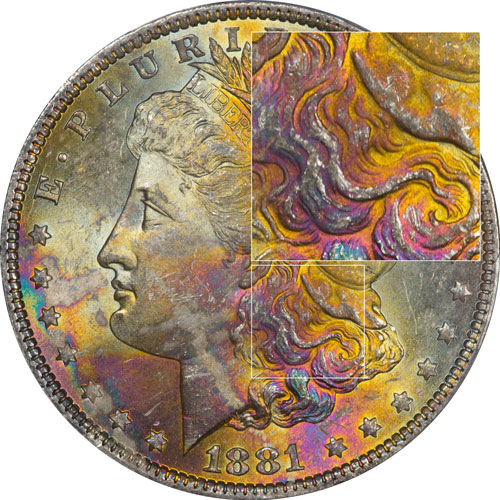 The colors in this coin are symptomatic of bag toning.  The yellow, gold, magenta, and blue are common in bag coloration.  But these colors can also appear in other toning sources as either second or third cycle toning. 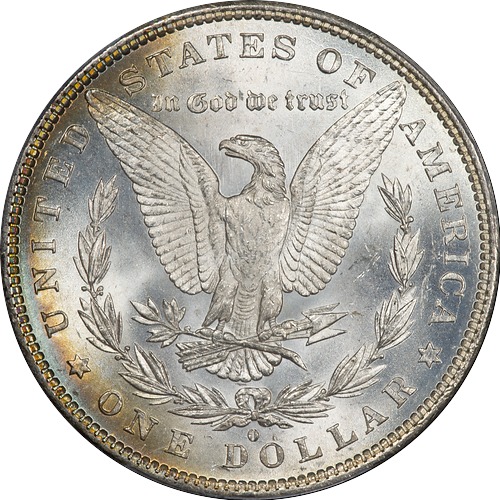