Comments:  Holding this coin the gold toning is less obvious than shown here.  Perhaps the holder obscures some of the color, but it is just more subtle.

Looking at the picture below without the toning the lack of significant bag marks places this coin about right as an MS 63.  The reverse also speaks to the grade, or perhaps a little better.  On both sides there is some nice reflectivity left in the fields.

We first thought this was similar to several other golden toned coins, but closer inspection probably places this more in the yellow ranges.

On several of our other coins with a yellow/golden color the coins are much further along the road to terminal colors.  But this coin seems different on closer inspection.

Rather than gold we believe this to be sunset yellow and orange which would place the toning much earlier back in the second cycle.  The lack of the deep magentas and greens also speaks to earlier cycles. 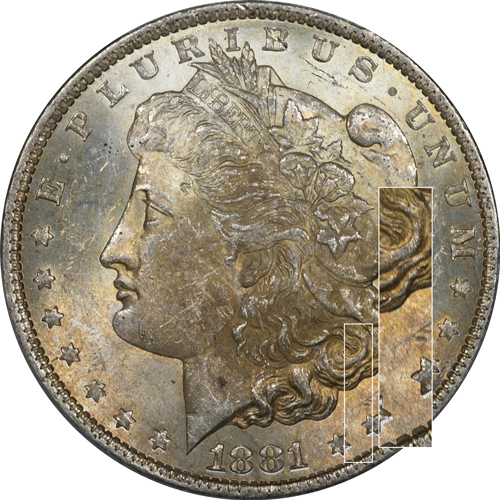 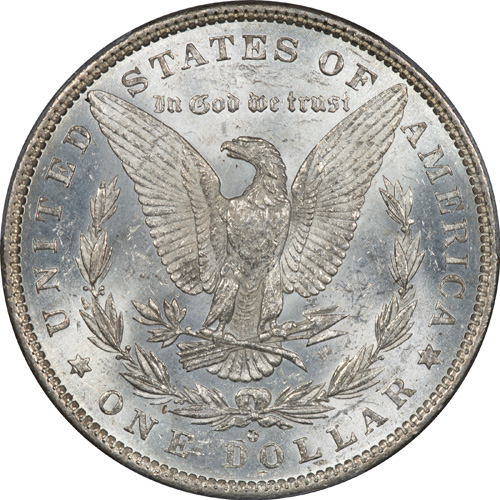