Comments:  This is a good solid Mint State 62 coin whose value is enhanced by toning on both sides.  The obverse has a pleasing warm tone, while the reverse is stark and further along in the toning cycles.

Although we never really know, it would seem like the reverse of this coin was exposed to moisture while the obverse was protected.  This often speaks to bag storage in the Mint or in come government location where moisture was present.

Storage was always an issue for the coins and it could have been in any location where moisture could get to the coin bag.

There is a wide disparity in the two sides with the obverse way back in the first cycle and the reverse maybe as far along as the fourth cycle.

On the obverse the medium gold, amber, russet, and a little burgundy are all back in the first cycle.  There is a little blue sneaking in at about 10 o'clock which would be very early second cycle.

The reverse is just the opposite.  The very deep blue is beginning to approach black which would be terminal. 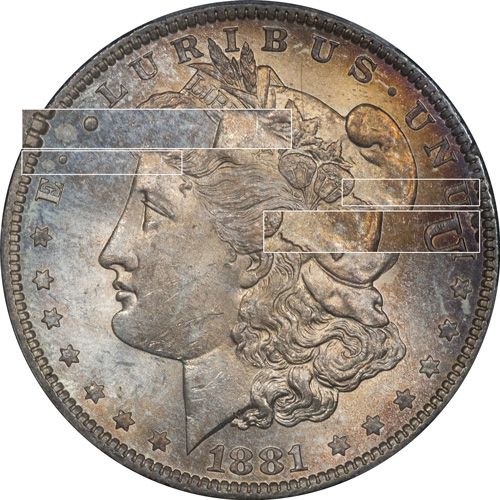 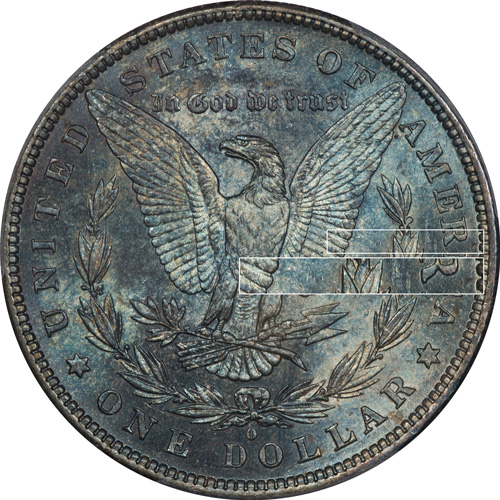