Comments:  This is a well struck coin that has a lot of the attractiveness masked by the unusual toning.  It obviously is not the type toning often sought after, but there is a little here to learn.

The images below with the toning dropped out reveal that from a strike perspective the coin is pretty solid.  But this is the type toning that is a distraction and not a plus for eye appeal and we think the grade is about right.

This is one of those coins that when you speculate about how this came about it just seems to be a question mark.  In our opinion this is definitely not bag toning, so it must have happened in later storage.  Also the uniformity of color on both sides does not reflect the type exposure where coins would have overlapped.

Perhaps this one was in someone's sock drawer or jewelry box for a long time.

Because this coin is a little dark it looks to be late toning, but we believe it is the opposite.  The colors spectrum of amber, russet, burgundy, and cobalt blue are mostly first cycle toning.  It is just that the surface of this coin is not very reflective and it gives the appearance of later toning. 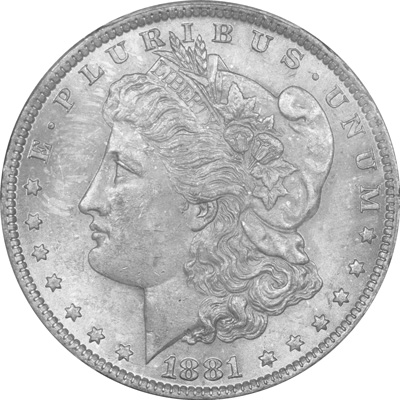 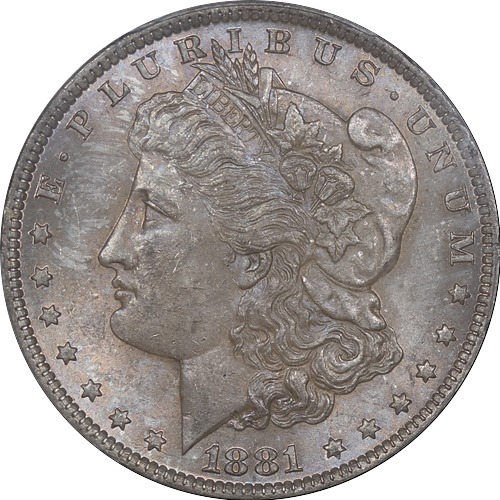 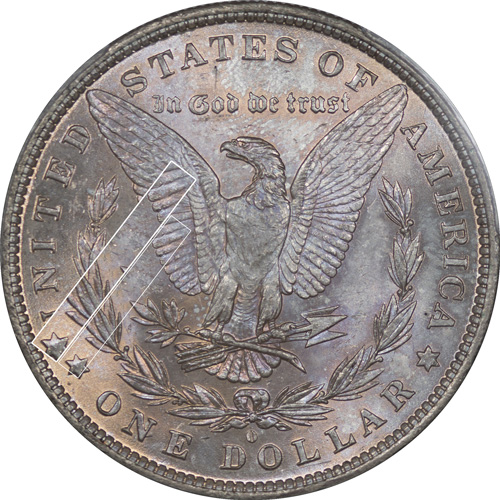 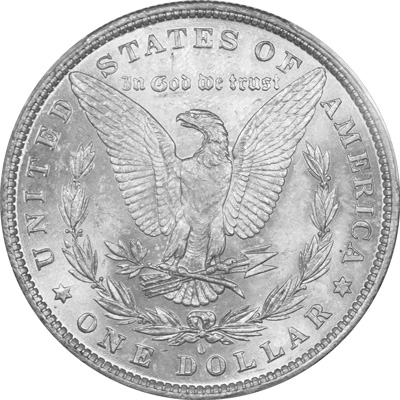