Comments:  Even if toned coins are not your thing, there is a lot to like here.  This coin is a favorite and presents itself with this spectacular corona that just sets it apart from others.

Adding to the beauty is the reverse color that is nearly as nice.  It has been suggested in some on-line forums that the straight line color on the reverse may have come from a rubber band.

This is not bag toning but the type thing you see with coins kept in an album or some type storage where the rim was in constant contact with a reagent.  The toning is heaviest at the rim and moves all the way back to no toning toward the center.

Even though the colors are spectacular, this is actually only second cycle toning.  There is cyan, cobalt blue, sunset yellow, and even a little magenta.  All of these colors are in the early to mid second cycle of toning. 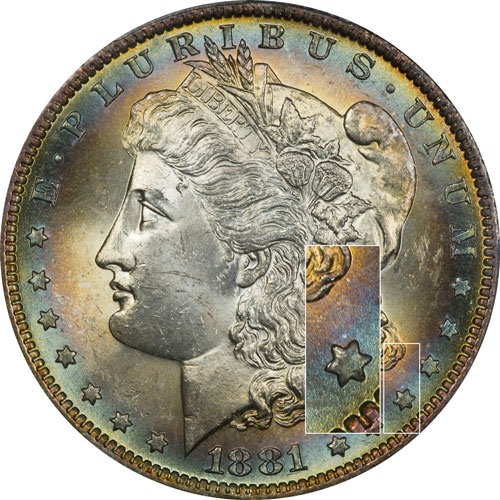 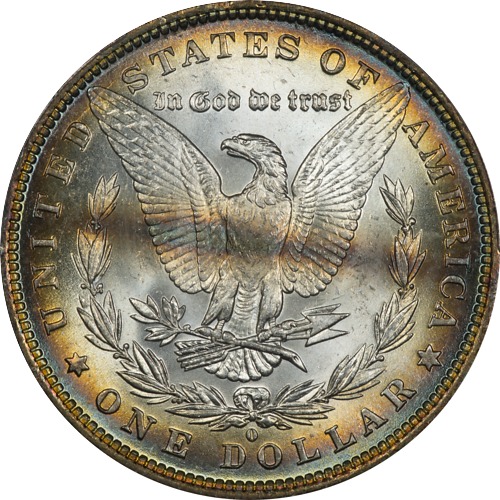