Comments:  We had a little trouble VAMing this coin because of some debris on the surface.  Ultimately we were able to determine there is a little notch at the top of the first 1 and the mint mark is tilted left, so a VAM 22.

If you like toned coins this is a good one.

Anyone could speculate on the color on this coin.  The excessive color on the obverse says to us it was in an album because of the rim toning.  But the reverse shows that and additional toning toward the center.  We do not believe it was artificially toned, but the source escapes us.

We would place this color toward the 2nd cycle with the reds, blues, and magenta as dominant colors.  The concentration toward the rim gives the coin some spectrum of color to study. 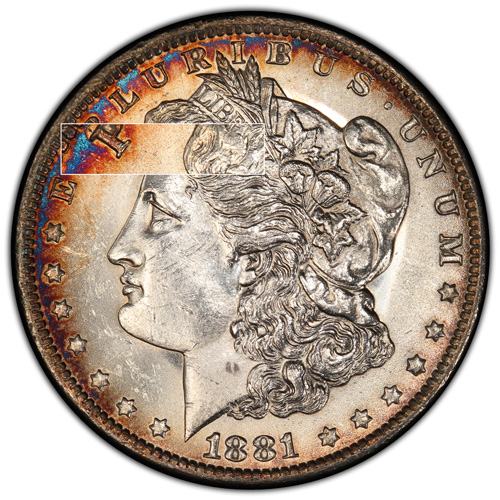 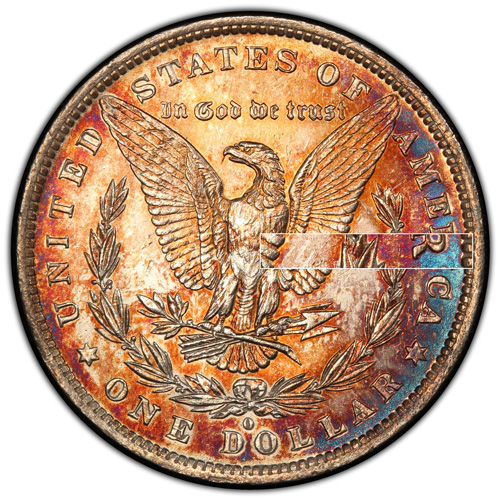