Comments:  Looking at the marks on the coin the grade is about right, especially when one considers the lack of eye appeal.  The dirt on the coin is added evidence of it having been circulated.

Like many New Orleans Morgan Dollars, this one looks like it has had a difficult life.  It is circulated, but also toned and the question may be which came first?  It is our opinion that the toning came after the circulation and that the dark colors also appeared at that time.

This is an interesting coin because the color is nearly terminal, or black as you think of fine silver when it tarnishes.  The dark blue followed by the nearly black is the give away.  This is a great study coin because coins are difficult to get graded at this stage of color and wear. 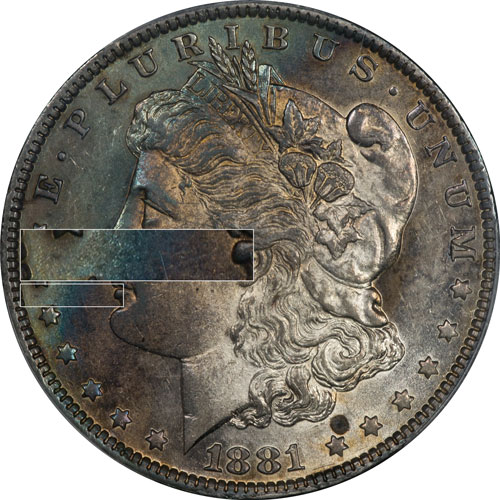 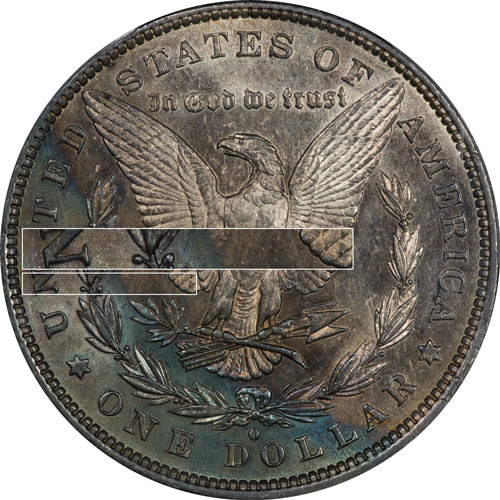