Comments:  We did not start out liking this coin but it has started to grow on us.  It almost has a coffee stained look to it, but also a soothing appearance.  There is a little bit of cartwheel that shows through the toning and minimal bag marks.

VAM 53 is the most common for this series and this is a good MS 64 example.

On a coin like this one the exposure had to be on both sides which we think takes away bag toning.  The coin is dark but the toning appears to be early.

Even though dark the colors on this coin appear to be more early stage.  The browns and tans often appear just after toning and the cobalt blue and burgundy are also in that cycle. 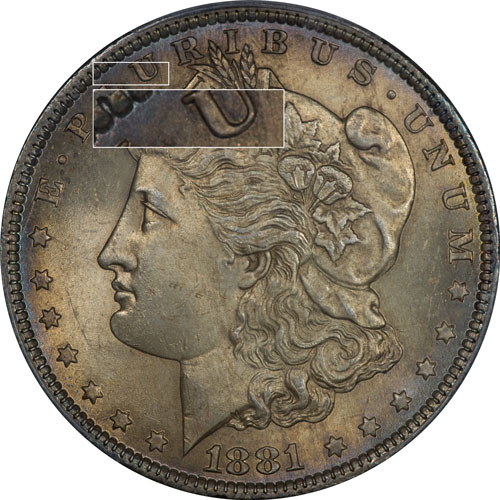 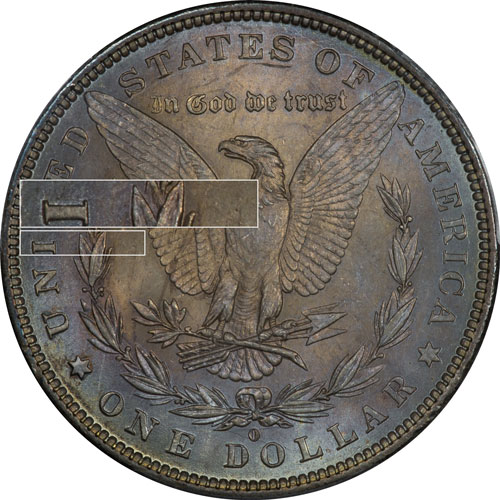