Comments:   At first glance this is a dirty AU 55 coin that just begins to grow on you.  There is something about the lighter obverse device and darker perimeter that gives the coin a cameo appearance so we have included it in with our other toned coins.

VAM 26A is also a nice clashed variety but in our photographs some of that detail is obscured by the dark toning.

This one is tough to decipher because we think it was toned twice.  Around the rim there is some light blue or cyan and some yellow.  But then it is all covered over by the dark brown that covers the entire perimeter.  The light blue and yellow we woudl associate with bag toning, but not the other darker brown.  But the reverse of the coin makes it appear that the darker brown was also bag toning.

So our best guess is that this was a bag toned coin that was later exposed to some harsh elements like moisture that darkened the overall coin.  Then it left the Mint and was circulated and the higher points lightened with wear.  This is a good example of how a bad coin can get a new life.

The light blue/cyan and yellows are first cycle colors.  Believe it or not, the darker brown is probably russet and also a cycle 1 color.  The russet is overpowering though and makes it appear that the oxidation is much further along than it really is. 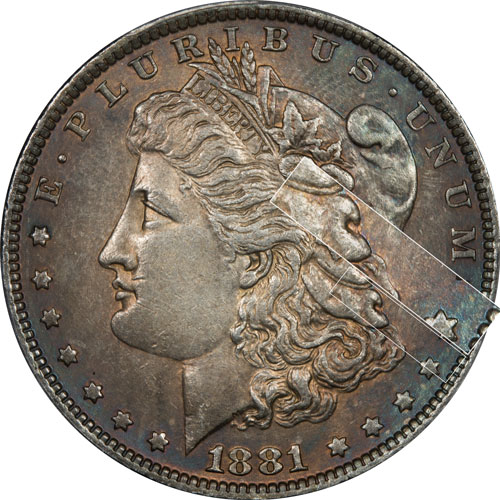 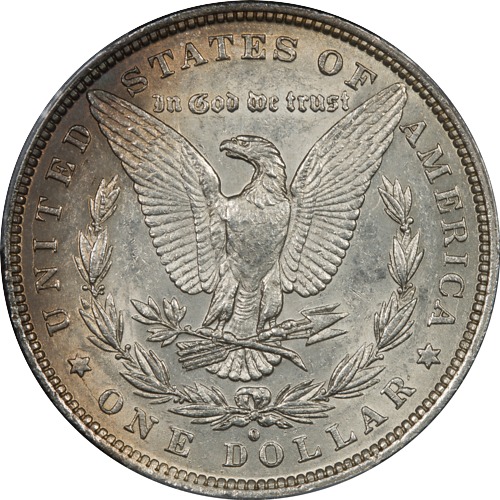