Comments:  This coin is more discolored than colored, but on the obverse at about 1 o'clock there is some color to be examined.  When you remove all the toning there is a nice coin underneath, so PCGS probably got this one right.

Although you never quite know, this coin had to be somewhere that the exposure was almost identical on both sides.  In a coin bag or roll that seems improbable.  It could be that it was kept in a box or other enclosure where the entire enclosure was composed of the same material.

This coin has had very different exposure in two areas.  The overall toning is in the first cycle with amber and russet predominating the scheme.  But the small area we enlarge at about 1 o'clock is very different.  Greens are not introduced until the third cycle, so the exposure there was probably from the coin touching something specific.  This shows how different the toning can become based on contact and proximity to foreign substances. 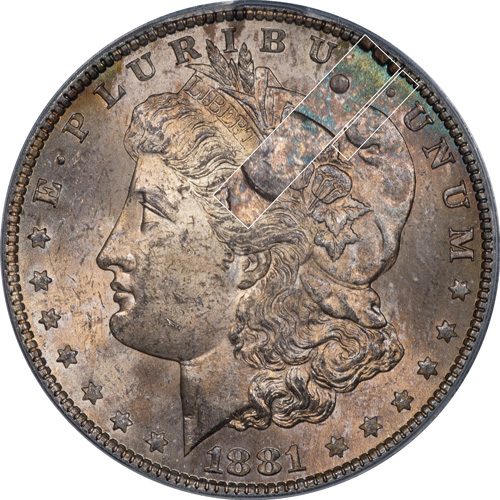 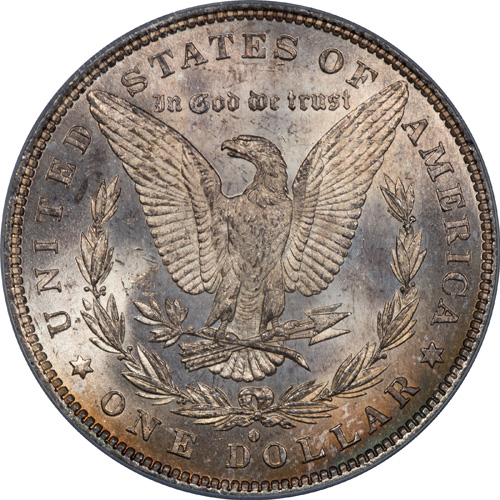