Comments:  Under all the color is a nicely struck Mint State 64 coin that we would not contest the grade.  There is very little scaring on the face or in the fields, but this coloration has low eye appeal when compared to many others.

The obverse of this coin is a slightly darker version of another  Mint State 64 coin, 24905568.  The reverse is a much lighter version of the same coin. 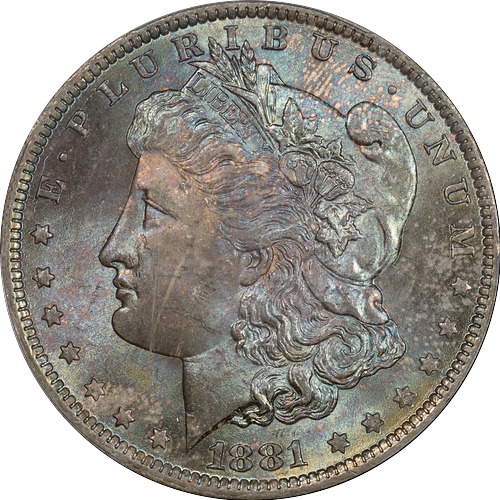 The obverse is more difficult because of the dark overall color.  But to our eye the primary colors are amber, russet, and then moving on up to cyan.  So at most this coin would be a late first stage to early second state of toning. 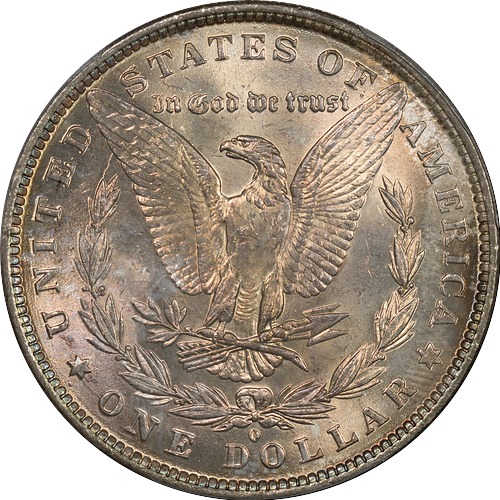