Comments:  When you drop the toning out of this coin and check its damage we might give this coin a higher grade, maybe up to an MS64.  But graders have varying opinions about toned coins and this one might have had just a little too much color to rate higher.

But a nice example of VAM 32 and those markers are easily read.

There is a strong evidence about the life of this coin on the obverse, and the reverse.  On the obverse the toning is roughly even with some darkening which hides the color.  But on the reverse the color is more pronounced and lighter, so more visible.

It is highly likely that this came from a bag of coins with long exposure to moisture, which would have been common in New Orleans.

We think this is a second and third cycle toning where the golden yellow is coupled with magenta and blue. 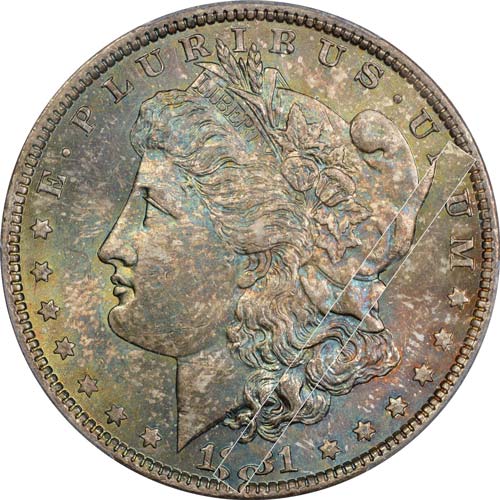 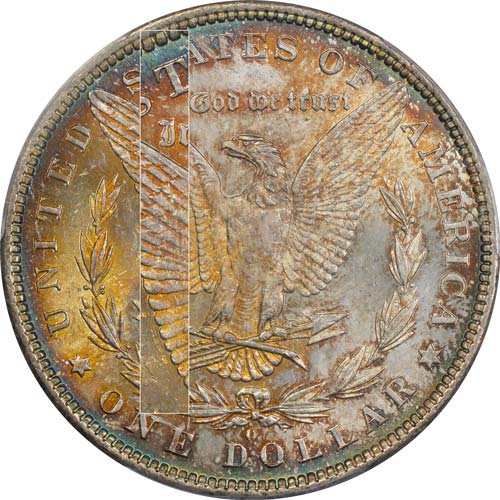