Comments:  We added this coin to the toned collection because the coloration bears a striking resemblance to our Mint State 62 coin 28502822.  The orange-red color that is highlighted in the hair seems to us to be in the same color range, just less of it.

The lack of richness of the color makes us think it was earlier in its coloration, but it is actually no further along than a second cycle. 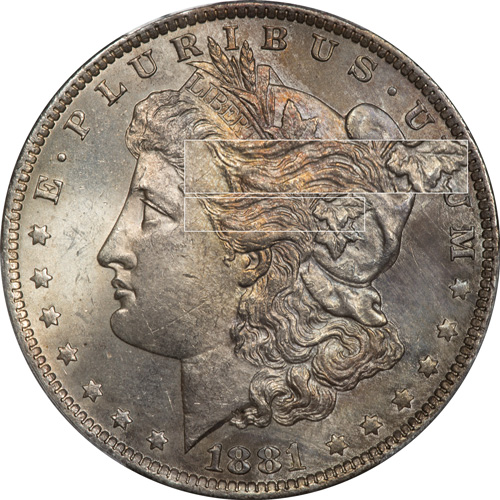 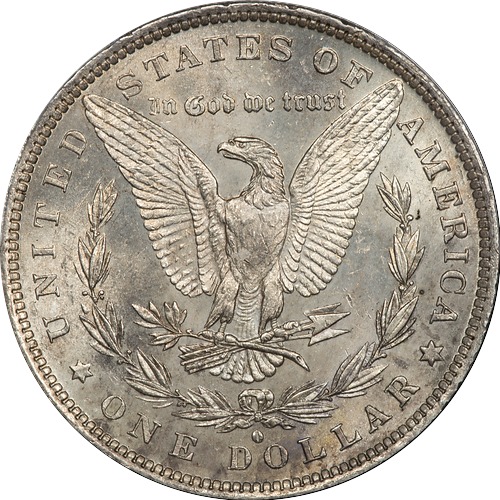