Comments:  This is a well struck Mint State 62 coin without strike characteristics that would make it anything but a coin struck as intended by George Morgan.

But from a beauty standpoint this one has some appeal.  The reverse toning has some nice color and variation even though both sides show the effect of moisture.

This appears to be a Mint bag toned coin with a lot of moisture exposure.  The brown to tan discoloration around the rim and across the obverse is early first stage color.  The reverse is much darker and discolored from what looks to be water stains.

As mentioned above, there is a good bit of discoloration from what looks like excessive moisture.  Given the conditions in the New Orleans Mint this might be expected.

Both the obverse and reverse show first stage coloring with the tan/brown/russet range.  The reverse also shows some cobalt blue and cyan which would place it a little later and into the second stage of toning.

Unfortunately there are no placement hints like cloth marks, so it is just a coin from a bag.  It needs more second stage and third stage color to be considered a nicely toned coin. 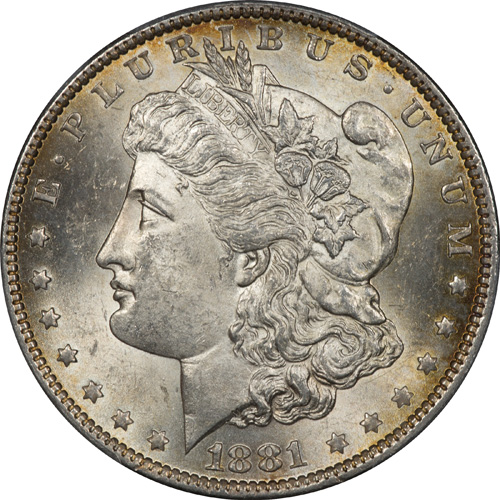 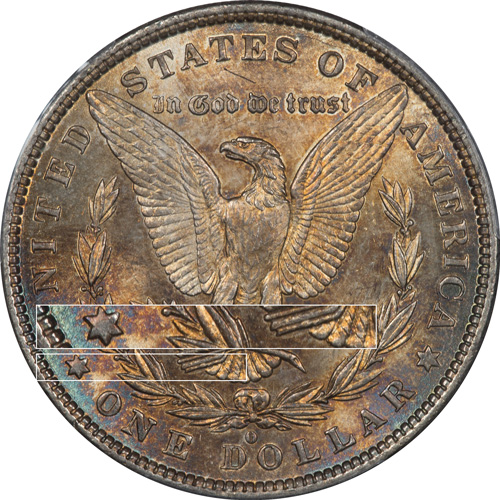